THE HAGUE - A Dutch court Monday (Dec 3) slapped down an attempt by a self-described "young god" just shy of his 70th birthday to slash his age by 20 years to enhance his prospects in life and love.

In an unprecedented case, the Arnhem District Court told "positivity guru" Emile Ratelband it will not adhere to his request to shift his birthdate two decades later to March 11, 1969.

"Mr Ratelband is at liberty to feel 20 years younger than his real age and to act accordingly," the judges said.

"But amending his date of birth would cause 20 years of records to vanish from the register of births, deaths, marriages and registered partnerships," it said, adding that "this would have a variety of undesirable legal and societal implications."

Ratelband, a well-known life coach who specialises in "self awareness training", previously said he felt discriminated against because of his advanced years, adding that while he did not need dating apps, the custom of giving his age to a prospective lover was cramping his style. 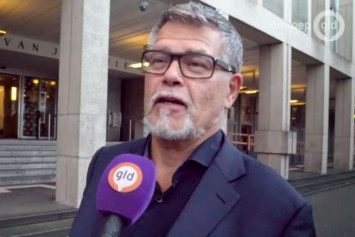 "I am a young god, I can have all the girls that I want, but not after I tell them that I am 69," he recently told AFP.

"I feel young, I am in great shape and I want this to be legally recognised because I feel abused, aggrieved and discriminated against because of my age," Ratelband said as he took his case to court.

But the Arnhem court on Monday poured cold water on his views.

Although judges "recognised that there was a trend in society for people to feel fit and healthy for longer, it did not regard that as a valid argument for amending a person's date of birth," the court said in a statement.

The court also rejected Ratelband's argument based on free will, "since free will does not extend so far as to make every desired outcome legally possible".