Fans gather around a mural to pay respects to Kobe Bryant after a helicopter crash killed the retired basketball star, in Los Angeles, California, US, Jan 28, 2020.

Recently released emergency 911 phone calls about the helicopter crash that killed Kobe Bryant showed witnesses were concerned about the poor visibility due to fog and revive the tragic moment that rocked the basketball and entertainment worlds nine days ago.

The twin-engine Sikorsky S-76B slammed into a hillside and killed all nine people on board in an accident that still has many of the basketball great's fans grieving, with more public memorials to come.

"It went over my head. It's thick in clouds. And then I heard a pop and it immediately stopped," one of the witnesses called into the 911 emergency services lines, according to audio released by the Los Angeles County Fire Department on Monday.

"If this guy doesn't have night vision, I mean, he was, he's completely IFR," the caller said, referring to instrument flight rules.

The pilot, Ara Zobayan, was certified to fly by IFR and a flight instructor with more than 8,200 hours of flight time, officials said.

Zobayan had tried to climb out of a cloud layer when the aircraft banked sharply and dropped toward the ground with a speed of more than 2,000 feet (610 meters) per minute at impact, the National Transportation Safety Board said.

Audio recordings of air traffic control revealed the pilot requested flight following, a type of constant monitoring, due to concerns about visibility, but controllers said he was flying too low to be tracked.

The 911 recordings showed witnesses also had visibility on their minds. 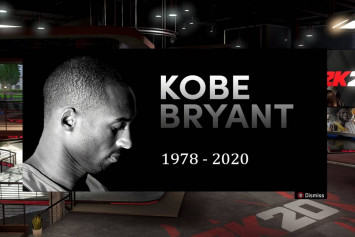 "I'm walking in the trail, I could hear the plane, I think it was in the clouds but couldn't see it. Then we just heard a 'boom' and a dead sound and then I could see the flames," one caller said.

Another summed up events more succinctly.

"A helicopter crashed into a mountain. We heard it, and now I'm looking at the flames," the witness said.

Bryant won five championships in his 20 seasons with the Los Angeles Lakers, retiring as the third leading scorer in the history of the National Basketball Association. He also won an Oscar for his short animated film "Dear Basketball."

Bryant's 13-year-old daughter Gianna, one of her teammates, another young friend, three of their parents and coach also died on their way to a girls' basketball game.

The remains of all the victims were released to their families on Monday, the Los Angeles County coroner's office said.