ZURICH - European champions less than two years ago, Portugal are suddenly looking shaky in the run-up to the World Cup with key players suffering a dip in form and a central defence showing its age.

Coach Fernando Santos admitted before this month's friendlies against Egypt and Netherlands that, compared to Euro 2016, it was proving much more difficult to finalise his squad for this year's tournament in Russia.

Monday's 3-0 drubbing by a Dutch team who failed to qualify for the World Cup would not have brought him any comfort, although it might have helped to decide who to leave out.

One thing abundantly clear was that Portugal still need Pepe in the central defence.

The makeshift pairing of Rolando and Jose Fonte, also into their 30s, were all at sea as Portugal shipped three goals in 35 first-half minutes.

Santos had hoped to give 20-year-old Ruben Dias his international debut but the Benfica defender pulled out due to injury. Bruno Alves, the other main option who played in Friday's 2-1 win over Egypt, is 36.

One of Santos's biggest headaches is that many of his key players at Euro 2016 have lost their way at club level.

Renato Sanches has suffered the most dramatic fall from grace. The dread-locked midfielder barely got a look-in after joining Bayern Munich in 2016 and has spent this season on loan at Swansea City where injuries and lack of form have badly affected his confidence.

Adrien Silva missed four months of the Premier League season because his move from Sporting to Leicester City was not registered while Andre Gomes has barely featured at Barcelona. 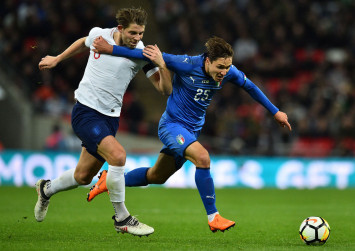 Joao Mario, on loan at West Ham United after falling out of favour at Inter Milan, is a shadow of the player who featured in France and left back Raphael Guerreiro has had an injury-plagued season at Borussia Dortmund.

There is still plenty of talent.

In midfield, William Carvalho is as reliable as they come while Joao Moutinho and Bernardo Silva offer creative options.

In attack, Andre Silva remains a bright prospect despite difficulties in settling at AC Milan and the gifted Ricardo Quaresma brings a touch of the unexpected.

And, of course, there is captain Cristiano Ronaldo, Portugal's all-time leading scorer and most capped player, but the squad lacks strength in depth as Santos admitted last year.

"Portugal has group of players of very high quality but in numerical terms, we don't have a large number," he said. "It's important they are always in good form."

A rather dour figure even in good times, Santos struggled to look on the bright side after Monday's defeat.

"The result made us poorer but the experience left us richer," he said. "We never want to work on the basis of defeats but we have to know how to draw positive conclusions."