Europe's climate masterplan aims to slash emissions within a decade

BRUSSELS - The European Union is set to take the lead in climate policy action among the world's biggest greenhouse gas emitters this week, with a raft of ambitious plans designed to cut emissions drastically over the next decade.

The policies, if approved, would put the bloc - the world's third-largest economy - on track to meet its 2030 goal of reducing planet-warming emissions by 55 per cent from 1990 levels.

The "Fit for 55" package being released on Wednesday will face months of negotiations between the 27 EU countries and the European Parliament.

Other major economies including China and the United States – the world's top two emitters - have committed to achieving net zero emissions, which scientists say the world must reach by 2050 to avoid catastrophic climate change.

But the EU is the first to overhaul its legislation to drive greener choices within this decade among the bloc's 25 million businesses and nearly half a billion people.

"Everybody has a target. But translating it into policies that lead to real emission reductions, that's the most difficult part," said Jos Delbeke, a former senior policymaker who developed some of the EU's flagship climate policies.

The European Commission will propose 12 policies targeting energy, industry, transport and the heating of buildings.

Emissions in Europe's electricity sector are falling fast, but other sectors have been stuck.

Emissions from cars, planes and ships, which make up a quarter of the EU total, are rising. Buildings produce a third of the bloc's emissions and, like Europe's factories, many homes use heat produced from fossil fuels.

Read Also
Climate change and biodiversity loss must be tackled together: Report 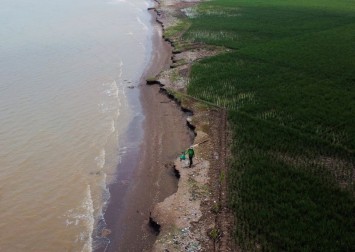 The draft measures aim to encourage companies and consumers to choose greener options over polluting ones.

For example, a leaked draft of one proposal would tax polluting jet fuel for the first time and give low-carbon aviation fuels a 10-year tax holiday.

A revamp of the EU carbon market is also expected to hike CO2 costs for industry, power plants and airlines, and force ships to pay for their pollution.

Brussels will also announce the details of its world-first carbon border tariff, targeting imports of goods produced abroad with high emissions such as steel and cement. That has unnerved EU trading partners, including Russia and China.

The political road ahead will likely be rough, as EU countries and the European Parliament negotiate the proposals.

Already, the plans have exposed familiar rifts between richer western and Nordic EU states where electric vehicle sales are soaring, and poorer eastern countries that are worried about the social cost of weaning their economies off coal. 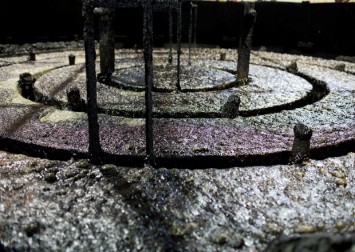 The Commission has promised a social fund to shield low-income households from the costs, and is urging countries to use the EU's 800-billion-euro Covid-19 recovery fund to help people insulate their homes and create jobs in clean technologies such as hydrogen.

By making climate policies more visible to EU citizens than ever before, "Fit for 55" is set to test public support for ambitious climate action.

"There's no hiding that this package comes in the middle of a massive socio-economic crisis," said Manon Dufour of independent climate change think-tank E3G. The EU "has to be even more careful about the social impacts".

Policymakers are also braced for a storm of industry lobbying. Europe's steel and cement sectors are already fighting plans to end free CO2 permits and some of the sectors due to be covered by the carbon border tariff say they do not want to be included.

Past attempts to tighten CO2 standards for carmakers have faced fierce industry opposition. But with European giants like Volkswagen already committed to ending combustion-engine car sales in Europe in the 2030s, some governments say now is the time to bring laggards into line.

"The Commission needs to basically wake up and smell the coffee - that now is the time to actually cement that into legislation," an EU diplomat said regarding the potential proposal to ban sales of new combustion engine cars by 2035.

With its world-first package, the EU also aims to burnish its global climate leadership position. It is unclear if that will be enough, however, to elicit similarly ambitious action from other major economies at the UN climate conference in November in Glasgow, Scotland. 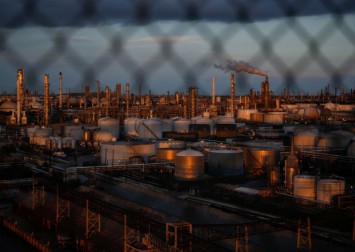 "The challenge is that other big players – China and the US specifically – will need to be on board," said Tom Rivett-Carnac, the UN's chief political strategist in the run-up to the 2015 Paris Agreement. "Whether the EU can achieve this diplomatically remains to be seen."

Brussels says it is time to take Europe's climate policies global. Much of the diplomatic lift required will be on the carbon border tariff, which the EU says will put its firms on more equal footing with competitors in countries with weaker carbon policies.

The proposals would also push EU industry to invest in expensive green technologies. Moving early could give European firms a competitive edge in global markets for new products like low-carbon steel produced from green hydrogen, but producing those products will cost manufacturers more.

"At the end of this transformation, our economy will look a lot better, and we can get the climate crisis under control," Frans Timmermans, the EU Commissioner in charge of climate policy, told CNN last week. "And that's the whole point."