SYDNEY - Australia's outspoken former prime minister Paul Keating has launched an extraordinary attack on the country's tops spies, branding them "nutters" who had gone "berko" over the threat from China.

Just weeks before a national election, the opposition Labor Party was on Monday (May 6) forced to distance itself from its former talisman's comments.

"The nutters are in charge," Mr Keating claimed, criticising their suspicions of China. 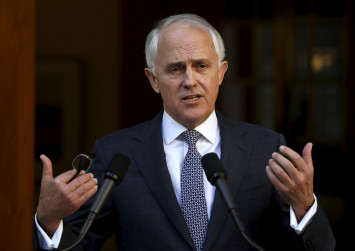 Australia has long tried to sustain trade relations with China despite profound differences with the country's authoritarian government.

But President Xi Jinping's muscle flexing in the South China Sea, the mass detention of Muslims and growing reach in Western societies have made that balance more difficult.

The Australian government recently barred China's Huawei from building the 5G network Down Under over security concerns, drawing Beijing's ire.

It also introduced requirements to declare paid work for foreign political entities and effectively banned a Chinese billionaire who had permanent Australian residency and had been a major political donor from returning to the country.

Mr Keating - who has worked as an adviser to the state-backed China Development Bank - said the spies had "all gone berko".

Liberal Prime Minister Scott Morrison leapt on the comments, hoping it could help him claw back some ground in the polls ahead of the May 18 vote.

"Our security agencies have prevented 15 terrorist attacks in Australia," he said on Monday.

"For "a 'Labor legend' to go out there and attack the credibility of our security agencies that have been saving lives in this country, I think is very disappointing."

The latest Ipsos poll shows Labor on 52 per cent and the Liberals on 48 per cent in a head-to-head race, a slight narrowing of the race.

"Paul Keating's an elder statesman of Australian politics," he said.

"He's never been shy of saying what he thinks. But for myself and for my opposition team, we've worked very well with the national security agencies. They know that and we know that."