A former senior engineer at Coca-Cola was indicted Thursday in Tennessee for stealing trade secrets worth an estimated $120 million (S$162.7 million) to give to a Chinese company, the Justice Department announced.

US national You Xiaorong allegedly stole technology for valuable BPA-free packaging jointly owned by several companies, including a former "Atlanta-based" employer that was unnamed in the indictment.

A spokeswoman for Coca-Cola, whose headquarters is in Atlanta, declined to comment on the case but confirmed that You previously worked for the company.

"Because this is a pending legal matter, it would not be appropriate for us to comment further," she said. 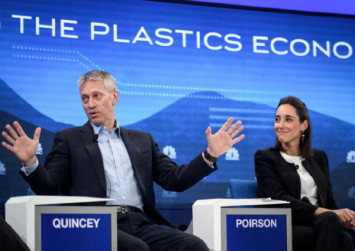 According to the indictment, You conspired with Chinese national Liu Xiangchen and an unnamed relative of Liu to steal formulations for food packing coatings that are free of the widely-used bisphenol-A chemical, which scientists have discovered in recent years is harmful to human health.

Alternatives to BPA are scarce and highly valuable in the food packing industry.

Liu wanted the technology for his company, which was planning to develop production lines for BPA-free packing, according to the indictment.

In exchange, he offered You a job and also promised to help her win one of China's highest awards for research and innovation, the "Thousand Talents" award.

The prestigious prize honors Chinese who return from study and work abroad bringing back with them technology that will advance China's economy.

US intelligence officials say the programme also aims to encourage Chinese abroad to steal technology to bring to China.

You "is accused of an egregious, premeditated theft and transfer of trade secrets worth more than $100 million for the purpose of setting up a Chinese company that would compete with the American companies from which the trade secrets were stolen," said J. Douglas Overbey, US Attorney for the Eastern District of Tennessee.

"Unfortunately, China continues to use its national programs, like the 'Thousand Talents,' to solicit and reward the theft of our nation's trade secrets and intellectual property."