Ex-Goldman banker testifies at 1MDB trial that he 'lied a lot,' misled women

NEW YORK - Former Goldman Sachs banker Tim Leissner, the prosecution's star witness in a criminal trial tied to Malaysia's 1MDB sovereign wealth fund, admitted under cross-examination on Tuesday (Mar 1) that he had "lied a lot" in his life.

Leissner is testifying in the trial of Roger Ng, 49, who has pleaded not guilty to charges of conspiring to launder money and violate an anti-bribery law.

Leissner, 52, who was Ng's boss at Goldman, pleaded guilty to similar charges in 2018 and agreed to co-operate with the government.

A key piece of Ng's defence is attempting to show that Leissner was the true architect of the scheme, and was lying about Ng's involvement in a bid to spare himself prison time.

The charges stem from one of the biggest financial scandals in history. Prosecutors say Goldman from 2009 to 2014 raised US$6.5 billion (S$8.8 billion) for 1MDB through bond sales and earned US$600 million in fees, but that US$4.5 billion was diverted to officials, bankers and their associates through bribes and kickbacks.

On Tuesday, Ng's attorney Marc Agnifilo grilled Leissner about his romantic relationships with five different women. The former banker admitted that he had twice been secretly married to two women at the same time, and had on at least one occasion forged a divorce certificate to mislead a woman he wanted to marry.

"I have lied a lot sir, and I have regretted those choices," Leissner said. 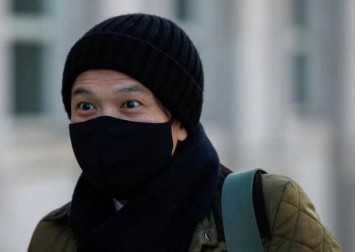 Leissner testified that he and Ng played a key role in the scheme and that he personally transferred US$35 million in kickbacks to Ng, Goldman's top banker for Malaysia. Leissner oversaw the firm's Southeast Asia team.

Leissner testified earlier on Tuesday that after the FBI served him with a subpoena in February 2016, Ng and his wife, Hwee Bin Lim, suggested he consult a feng shui master they trusted to ask whether they "would be in trouble."

At the end of the meeting, Leissner said he, Ng and Lim concocted a "cover story" involving Lim and Leissner's then-wife, Judy Chan, to justify the US$35 million in funds. read more

The testimony could prove problematic for Ng, who argued that the money prosecutors call ill-gotten gains was actually derived from a legitimate business venture between the two men's wives.

Lawyers for Ng are expected to call Lim to testify in her husband's defence.

Goldman in 2020 paid a nearly US$3 billion fine and arranged for its Malaysian unit to plead guilty in US court.