It was either cover up or get out.

Those were Emily O'Connor's only two choices when she boarded a Thomas Cook flight from Birmingham, England to Tenerife, Spain and it left her "shaking and upset".

The outfit which didn't spark joy amongst fellow passengers and the cabin crew consists of a crop top and high-waisted trousers.

O'Connor was told by the flight staff that her dressing was "inappropriate" and "caused offence". She also claimed that the manager of the flight and the staff surrounded her and insisted that she put on a jacket.

In a series of tweets on Wednesday (March 13), O'Connor revealed that she had worn this outfit through security and passport control but it was only after boarding the flight that she was told to cover up.

She also described the traumatising experience of being put on blast as the cabin crew "made comments over the speaker about the situation".

She wrote: "They announced that I was offensive and inappropriate in front of the whole flight. I was physically shaking, and they could see that, yet they continued to sexualise and ridicule me. It was the worst experience of my life."

O'Connor then publicly asked other passengers if they were offended and though there was no response, the manager made a move to get her bag in an attempt to remove her from the flight.

It was during this time that a man shouted: "Shut up you pathetic woman. Put a f*****g jacket on."

"The staff said nothing to him," she added.

Fortunately, her cousin who was seated at the front offered O'Connor a jacket but the staff "did not leave until (she) physically put it on". 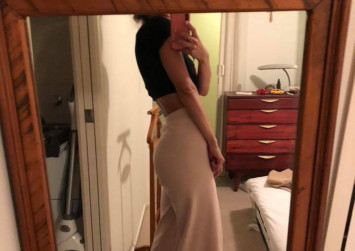 A spokesperson for the airline told BBC News that they were "sorry" to have upset Miss O'Connor.

He said: "It's clear we could have handled the situation better.

"In common with most airlines, we have an appropriate clothing policy. This applies equally to men and women of all ages without discrimination.

"Our crews have the difficult task of implementing that policy and don't always get it right."

The airline also highlighted that their policy states that those who wear "inappropriate attire (including items with offensive slogans or images) will not be permitted to travel unless a change of clothes is possible".