The claims have threatened the reputation of two-time Costa Rican President Oscar Arias, who is one of Latin America's most respected statesmen and won a Nobel Peace Prize in 1987.

SAN JOSE - More allegations of sexual misconduct have been made against Nobel Peace Prize winner and former Costa Rican president Oscar Arias, with five women saying he harassed or assaulted them, in a high-profile example of the #MeToo movement in Latin America.

The women's claims have threatened the reputation of the two-time president, who is one of Latin America's most respected statesmen and won a Nobel Peace Prize in 1987 for his role in negotiating an end to civil wars in the region.

Anti-nuclear activist Alexandra Arce was the first woman to come forward in what has quickly become one of the most prominent examples of the #MeToo movement in Latin America, where activism has been more focused so far on ending violence against women and femicide.

Mr Arias has denied Ms Arce's allegations through his lawyer. On Thursday (Feb 7), the lawyer, Mr Erick Ramos, told Reuters that Mr Arias declined to comment on the subsequent allegations. 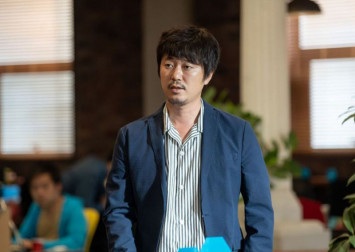 Ms Arce's decision inspired more women to speak out, including Ms Emma Daly, communications director for international rights group Human Rights Watch. Ms Daly said she was working as a journalist in Central America in 1990 when Mr Arias approached her and a group of fellow reporters in a hotel lobby in Managua, the Nicaraguan capital. She called out a question to him.

"He stopped, looked at me, and instead of answering my question, just reached forward with his hand, touched my chest and then pulled his hand down between my breasts and said 'You're not wearing a bra', or words to that effect, and then moved on," Ms Daly told Reuters on Thursday.

"I was left completely stunned, and the only thing I could say was, 'Yes I am.'"

At the time, Ms Daly was freelancing for Reuters and the Tico Times, a Costa Rican newspaper, she said.

"The fact that he has an incredibly impressive professional resume does not give him licence to treat other people in this way," she said.

The Washington Post reported this week that Ms Daly had told her then-boyfriend about the incident at the time, and told her husband about it when they met in the mid-1990s. Ms Eleonora Antillon, who worked as a press aide to Mr Arias on his 1986 presidential campaign, said the politician put her hand on his erect penis, pushing her against a wardrobe and kissing her when she resisted.

"When I saw how lawyers and some women were doubting (Ms Arce), I decided to support her, and I said, 'I believe her because he did something similar to me years ago,'" Ms Antillon told Reuters in an interview. Her story was first reported by Costa Rican media.

Ms Marta Araya Marroni, who works in publishing, told the Tico Times that Mr Arias grabbed her leg during a meeting in his home office in 2012 and offered her massages during subsequent phone conversations.

Ms Monica Morales, a journalist for Costa Rican magazine Perfil, wrote in the publication that Mr Arias invited her to sit on top of his leg at the end of a 2013 interview.

Ms Arce, Ms Araya Marroni and Ms Morales did not immediately respond to requests for comment for this story.

"We are respectful of the statements of these people in the media and on social networks," Mr Ramos said.