Food, farming and forestry must be transformed to curb global warming, UN says

Protecting forests, changing diets, and altering farming methods could contribute around a quarter of the greenhouse gas cuts needed to avert the worst impacts of climate change, according to the United Nations' climate panel.

But the changes are unlikely to happen unless governments act to spur them along, the report from the Intergovernmental Panel on Climate Change released on Monday (April 4) found.

"We are in the early stages of climate and agriculture policy development, but we need to start with acknowledging the urgency of the challenge," said Ben Lilliston, director of rural strategies and climate change for the Institute for Agriculture and Trade Policy. "The IPCC warns that governments thus far have not been up to the task."

About 22 per cent of global greenhouse gas emissions came from agriculture, forestry, and other land use sectors in 2019, the report said, around half of which were from deforestation. Much of the rest came from the combustion of fossil fuels.

Mitigation measures in those sectors — including protecting forests from clearcutting, sequestering carbon in agricultural soils, and more sustainable diets — can provide as much as 20 per cent to 30 per cent of the emissions reductions needed to limit global warming to 1.5 or two degrees Celsius above pre-industrial levels.

Scientists say that is the threshhold at which climate change risks spinning out of control.

While the changes required in the agriculture, forestry and other land use sectors — dubbed AFOLU by climate specialists — would not cost much to implement, there is little momentum so far to trigger them, the report said.

A lack of institutional and financial support, uncertainty over long-term tradeoffs of how land is managed, and the dispersed nature of private land holdings have hindered implementation so far, it said. 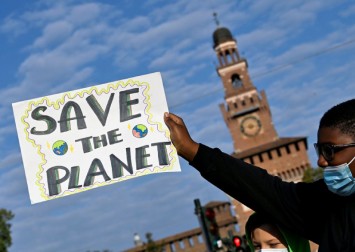 "Land provides us with so much, for example, food, nature, and our livelihoods," said Diána Ürge-Vorsatz, vice chair of the IPCC working group that authored the report. "These competing demands have to be carefully managed."

One major obstacle is that dictating diet is divisive.

The IPCC panel's initial report summary included a recommendation that consumers shift to plant-based diets and reduce their intake of meat, according to a draft seen by Reuters.

But the final version of the summary included a recommendation instead for balanced diets that include sustainably produced animal products alongside plants like grains and legumes.

Asked about the changes, Joanna House, an expert on land use at the University of Bristol and an author of the report, said she could not comment on why the changes were made but said the issue of dietary changes is complex.

"If meat is produced sustainably, it can be low carbon and support soil carbon and nutrients," she said. "If produced unsustainably, particularly in intense systems requiring large amounts of animal feed that result in deforestation, it can cause large net emissions."

Global demand for livestock products is growing, a headwind to cutting agriculture's emissions, the report said.