Football: Cristiano Ronaldo insists he is an 'example' amid rape allegations

MANCHESTER - A smiling Cristiano Ronaldo insisted Monday (Oct 22) he is an "example" in his behaviour on and off the field amid allegations of rape made against the five-time Ballon d'Or winner in the United States.

"I know I am an example, 100 per cent, in the pitch and outside the pitch," Ronaldo told a press conference ahead of his return to Manchester United, where he spent six years as a player, with Juventus in the Champions League.

A former American model Kathryn Mayorga, 34, has accused Ronaldo of raping her on June 13, 2009 just before he joined Real Madrid from United.

Ronaldo strenuously denied the allegations in a statement just over two weeks ago and has been backed by his new club.

"I am always smiling, I am happy man, I'm blessed that I play in a fantastic club, I have a fantastic family, I have four kids, I am healthy," added Ronaldo.

"I have everything. So the rest, it doesn't interfere on me. I'm very, very well." In his first press conference since the allegations arose, Ronaldo seemed keen to stress his happiness in his new surroundings in Italy after joining Juve from Madrid for 112 million euros ($128 million) in July. 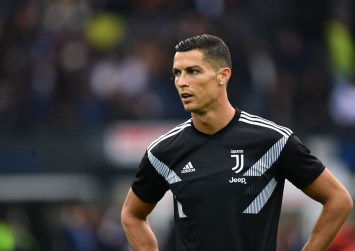 However, Ronaldo's form on the pitch hasn't been affected as the Portuguese has scored five goals in his last six Serie A appearances.

"I'm not going to lie in this situation," he added. "My lawyers they are confident and of course I am too.

"The most important (thing) is I enjoy the football, I enjoy my life.

"The rest, I have people who take care of my life. Of course, the truth is always coming in the first position. So, I'm good." .

Ronaldo made his name in Manchester with United, winning three Premier League titles and the first of his five Champions Leagues.

On his only previous return with Madrid in 2013, Ronaldo received a hero's welcome, but went on to score the winning goal as Real progressed 3-2 on aggregate in a contentious Champions League last 16 tie.

"To return here to Manchester is a huge emotion. When I saw the draw, I remembered the history I made here," he added.

"I won all the trophies here: Champions League, leagues, cups, I remembered the fans and I remembered one of the people who helped me most, Sir Alex Ferguson." Defeat to Madrid five years ago was Ferguson's final European game in charge and since his retirement, United have fallen on hard times.

After short-lived tenures for David Moyes and Louis Van Gaal, United manager Jose Mourinho is now battling to save his job with the Red Devils languishing in 10th in the Premier League.

By contrast, Juventus failed to win for the first time this season in all competitions in a 1-1 draw (Ronaldo scoring) with Genoa on Saturday, but United retain Ronaldo's respect.

"We have to respect Man United. They are a fantastic team, they have an experienced coach but I expect and hope Juventus win the game."