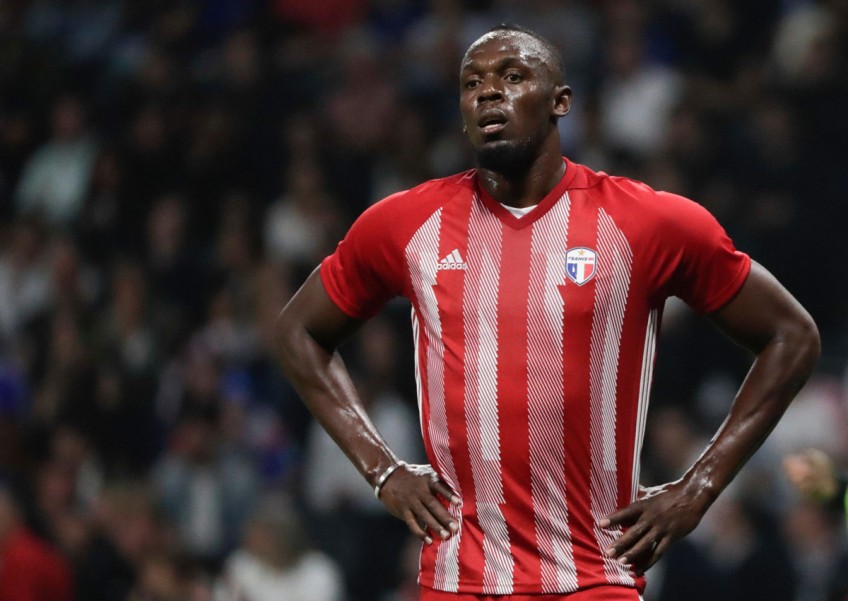 The eight-time Olympic champion had been trying out with the A-League side since arriving in August, hoping to fulfil a childhood dream to become a football player.

The 32-year-old's quest garnered worldwide attention, which intensified when he scored two goals in a pre-season friendly.

But his abilities have been questioned and the club reportedly offered him only a fraction of the A$3 million (S$2.97 million) his management were said to be seeking, with outside sponsors needed to make the deal viable.

"The Central Coast Mariners and Usain Bolt's representative Ricky Simms can today advise that the indefinite training period of Usain Bolt with the Mariners has drawn to an end, effective immediately," the club announced.

"As previously stated, the club and Ricky Simms have been in conversations with external partners to find a commercial solution that suits all parties.

"Despite several promising potential partners, both Bolt and the Central Coast Mariners have amicably concluded that they will not be able to settle on a suitable deal in a timely manner."

The 100m world record holder, who retired from athletics last year and has previously tried out with clubs in Germany, South Africa and Norway, thanked the Mariners for the opportunity.

"I would like to thank the Central Coast Mariners owners, management, staff, players and fans for making me feel so welcome during my time there. I wish the club success for the season ahead," said the Jamaican.