Mr Michael Bloomberg, 77, is poised to run as a centrist and said he would “stand up” to President Donald Trump’s “bigotry”.

NEW YORK - Billionaire Michael Bloomberg formally entered the race to be United States president on Sunday (Nov 24), pledging to “rebuild America” as he joined the crowded field of Democrats seeking to take on President Donald Trump.

Mr Bloomberg’s personal fortune of US$50 billion (S$68 billion) is likely to shake up the open Democratic contest, with the declaration of his candidacy coming just three months before the first primary votes.

“The stakes could not be higher. We must win this election. And we must begin rebuilding America,” Mr Bloomberg, 77, said on his website as a US$30 million ad campaign touting his candidacy hit US airwaves.

The announcement ended weeks of speculation that the former New York mayor was preparing for a run at the White House and highlights the fluid nature of the Democratic race ahead of the first votes in Iowa in February.

Mr Bloomberg, the co-founder and chief executive officer of the media company that shares his name, becomes the 18th candidate vying to be the Democratic nominee to take on Mr Trump in 2020.

His entry comes at a time when candidates are usually dropping out. Ten Democrats have already ended their bids.

Mr Bloomberg had prepared the groundwork for a possible run at the Democratic nomination in recent weeks by registering as a candidate in primary voting states and filing paperwork with the Federal Election Commission.

“We cannot afford four more years of President Trump’s reckless and unethical actions,” the billionaire businessman said. “He represents an existential threat to our country and our values. If he wins another term in office, we may never recover from the damage.” 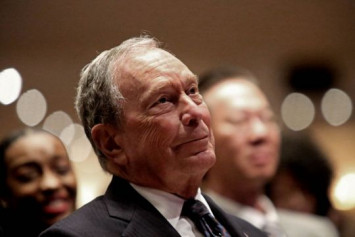 Former vice-president Joe Biden leads the race ahead of left-wingers Elizabeth Warren and Bernie Sanders, with moderate Pete Buttigieg in fourth place, according to national polls.

Mr Bloomberg is poised to run as a centrist and analysts suspect that he could take away some of the support enjoyed by fellow moderate Biden.

Some believe that his “self-made man” image and support for fighting global warming makes him the best challenger for Mr Trump.

Mr Bloomberg’s advisers have suggested that he may not campaign in the four states that will hold primaries in February, including Iowa. Instead, he is expected to focus on the 15 primaries scheduled for March 3, known as “Super Tuesday”, including the most populous states of California and Texas.

Others on the left of the party who favour Ms Warren or Mr Sanders see him as the sort of billionaire they would like to tax heavily to reduce inequality.

“As a candidate, I’ll rally a broad and diverse coalition of Americans to win,” Mr Bloomberg said in his statement, adding that he would “stand up” to Mr Trump’s “bigotry.”

He said he was best placed to take on Mr Trump on a number of issues, including gun violence and climate change, citing his track record in both.

Mr Bloomberg touted some of his achievements as New York mayor, including getting New York’s economy back on its feet after the Sept 11, 2001 attacks – he was first elected in January the following year, taking over from Mr Rudy Giuliani. 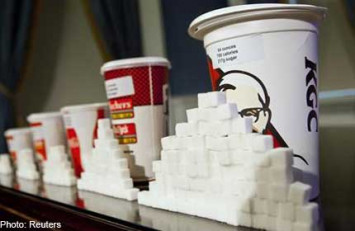 He also cited his banning of smoking in restaurants and bars and mentioned his commitment to tackling the dangers of e-cigarettes.

“We’re ready. How’s that? I think that President Trump will be ready,” she told CBS.

Mr Bloomberg’s wealth is expected to be attacked by Ms Warren and Mr Sanders who regularly lash out at financiers and big corporations.

In his statement, Mr Bloomberg said he believed in workers’ rights and benefits. “I’ve run my company according to my values: honesty, integrity, fairness, inclusion – and that’s the same approach I brought to city government,” he said.

Last week, Mr Bloomberg apologised for his long-time support of controversial “stop and frisk” policing policy that disproportionately targeted black and Latino New Yorkers during his time as mayor.

He has switched between the Republican and Democratic parties over the years and also served as an independent mayor.