LOS ANGELES - Thirteen siblings whose parents locked them away for years inside the family's California home suffered the "ultimate betrayal" and will likely find it difficult to trust others, kidnapping survivor and advocate Elizabeth Smart said on Wednesday.

Smart, abducted as a teenager from her Utah home in 2002, nevertheless expressed optimism that the siblings, ages 2 to 29, could eventually overcome the trauma of physical confinement, malnourishment and social isolation.

"The human spirit is incredibly resilient, so I do believe each one of them can go on to live a full life, to reclaim what's been taken from them," she told Reuters in a telephone interview from her home in Utah.

Psychiatrists and child abuse experts said intensive therapy would likely be required for the children of David Allen Turpin, 57, and Louise Anna Turpin, 49. The couple were arrested on Sunday at their foul-smelling tract house east of Los Angeles on charges of torture and child endangerment. 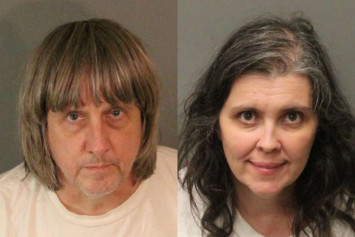 The grim situation was discovered after an emaciated daughter escaped through a window of the home, which the parents had registered as a home school for their children, and called for help, police said. The siblings were reported to be receiving medical care, but their location has not been disclosed.

Smart, 30, was speaking from unique personal experience. In a case that drew widespread media attention, she was kidnapped at knife-point from her bedroom in suburban Salt Lake City at age 14 by a homeless street preacher.

Held captive for nine months, she was initially chained to a tree and raped repeatedly by her abductor, who forced her to wear long robes, veil and a wig when he and his wife took her out in public. She was rescued in March 2003 after passersby spotted her on a street and alerted authorities.

Smart, who later wrote a memoir and launched a foundation for missing and exploited youth, is now married with two young children of her own.

She said that occasional outings the Turpins took with their kids, like those she went on with her abductors, were likely used as both "a show of control" by the parents and to give their children some sense of normalcy.

She noted that unlike her abduction, the children of the Turpin family were victimized by their own mother and father.

"What happened to me came from complete strangers. I can't imagine how much worse it would be coming from your own parents," Smart said. "I feel like they have experienced the ultimate betrayal ... the betrayal of people who are supposed to look after you, to love you, protect you."

The Turpin children may face profound difficulties forming close relationships with others. "Building those bonds of trust with people outside their siblings, I think, that will be really tough," she said.

The children may suffer developmental issues stemming from the malnutrition as well as physical and mental trauma they endured, experts said, though little was yet known about the precise circumstances of their ordeal.

"When you're a child and you don't have any other experience, your image of the world is the world is a horrible and dangerous place. There's no one out there to help you."

Although the abuse appears prolonged, authorities have not publicly confirmed when it started.

Childhood victims of abduction and longtime captivity are often made to believe the outside world is more frightening than the conditions of their isolation, said Rebecca Bailey, a California-based psychologist who specializes in treating trauma survivors.

"Some will be absolutely delighted by being freed from incarceration, but it's also very scary," said Bailey, whose patients have included Jaycee Dugard, who was kidnapped on her way to a California bus stop at age 11 and held for 18 years before she was freed in 2009.

During her time in captivity, Dugard gave birth to two children fathered by the man who abducted her. She has since launched a nonprofit, the JAYC (Just Ask Yourself to Care)Foundation, which helps such victims restart their lives.

Bailey and Smart said the determination and courage exhibited by the 17-year-old girl who escaped from the Turpin residence was a hopeful sign for her prognosis.

"That was an incredible act of bravery," Smart said.