BERLIN - Germany's Der Spiegel magazine said on Wednesday it had fired Claas Relotius, an award-winning staff writer, after finding he fabricated and invented facts in many articles in recent years.

"Truth and lie are muddled in his texts," Der Spiegel said on its website.

Some of the roughly 60 stories Relotius had written since 2011 were accurate but others were "completely invented or embellished with manipulated quotes or other fact-fantasy," it said.

Among the fabricated stories were articles about a wrongfully detained Guantanamo inmate, about children kidnapped by Islamic State, and about a woman attending the execution of a death sentence as a witness in the United States. 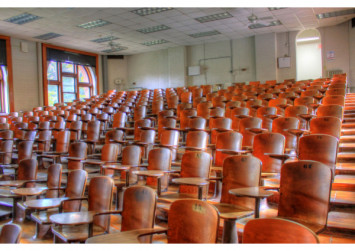 Spiegel said it had immediately terminated his work contract. Relotius, who is 33-years-old and started writing for Der Spiegel in 2011, was not available for comment.

Der Spiegel said Relotius' senior editors confronted him after a fellow journalist at the magazine voiced suspicions. Relotius then admitted that he had fabricated content a number of articles he had written, it said.

Der Spiegel said the incident marked a "low point in the 70-history" of the magazine and apologised for his actions.

It cited Relotius as saying that at least 14 of the articles he wrote for Spiegel, some of which won awards, did not meet journalistic standards.

"Claas Relotius acted with intent, methodically and with a high level of criminal energy," Der Spiegel said, adding that he had written about and cited people he had never met or spoken to.

Relotius told his editors that "it was not about having the next big thing. It was fear of failing".

"The pressure not to fail became bigger the more successful I became," he said, according to Der Spiegel.

Relotius most recently won an award in early December, for a story about a child in war-torn Syria. The German reporters' association, which handed out the award, said it was "aghast" and "angry" about the news.