A retired police officer, who investigators believe is the "Golden State Killer," was charged on Thursday with four more counts of murder in Santa Barbara, California.

Joseph DeAngelo, 72, who was once a police officer in the California towns of Exeter and Auburn, was charged last month in Sacramento with eight murders during a crime spree in the 1970s and '80s.

Over the past 16 days since the Sacramento charges were filed, the Santa Barbara county district attorney's office has been working with the county sheriff's office, gathering evidence and conducting interviews, said Santa Barbara County District Attorney Joyce Dudley.

"As a result of this process, I have decided to file four counts of first-degree murder with special circumstances against Joseph James DeAngelo," she told a news conference.

Diane Howard, from the Sacramento County Public Defender's Office and who is DeAngelo's attorney on the Sacramento charges, was not immediately available for comment.

Each of the four counts carries multiple allegations and each count carries the potential for a sentence of life without possibility of parole or the death sentence, she said. 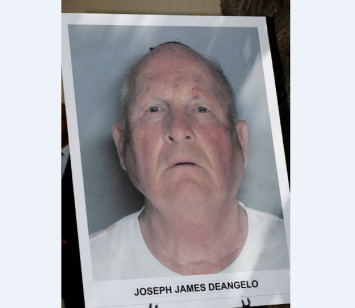 DeAngelo, who has two adult children, was arrested on April 24 at his home in a Sacramento suburb.

He is suspected in a dozen killings as well as 45 rapes and more than 120 burglaries in 10 California counties in a decade-long crime spree considered one of the worst in the state's history.

He is scheduled to appear in court in Sacramento on Monday. He has not yet entered a plea to any of the charges against him.

Investigators finally cracked the Sacramento case, which has long haunted victims' families and law enforcement, by comparing crime scene DNA to genetic information on commercial genealogy websites that consumers use to explore their ancestry.

Detectives followed the family trees of close matches, seeking people who might be the killer. The process produced a promising lead a week ago, when the DNA of a relative pointed to DeAngelo based on his age and the fact that he lived near where the attacks occurred.

DeAngelo was identified as a suspect about two months after the case gained renewed attention in the book, "I'll Be Gone in the Dark," by journalist Michelle McNamara, who died in 2016 and was married to the actor Patton Oswalt.