Greek police suspect murder in death of US scientist

ATHENS - Greek police suspect foul play in the death of an American scientist whose body was found on Monday on the island of Crete, a week after she went missing, police sources said on Wednesday.

Suzanne Eaton, 60, a molecular biologist at the world-renowned Max Planck Institute in Dresden, Germany, was found dead in a disused military bunker.

A post-mortem on Wednesday concluded that she died of asphyxiation, one police source told Reuters. A second source said contusions found on the victim may have been inflicted to immobilize her.

Eaton had been on the island for a science conference. It was thought she had gone for a run, and colleagues raised the alarm when she failed to return. 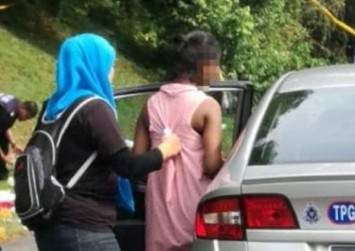 Her passport, wallet, phone, cash, and cycling shoes were in her hotel room but her running shoes were missing, according to a social media page set up by family and friends appealing for help finding her.

Eaton's body was found by cavers in the bunker, a system of manmade caves used by the Nazis during the occupation of Crete during World War Two.

Dresden University's Max Planck Institute, where Eaton was a research group leader, described her in a statement on its website as "a leading scientist in her field, a strong athlete, runner and senior black belt in Tae Kwon Do."