Around the world people are changing the way they greet each other to reduce the risk of contracting the new coronavirus and prevent it spreading.

Say no to a handshake, refuse every peck on the cheek and definitely avoid hugging. Instead, try a direct gaze, or maybe a hand gesture.

Around the world people are changing their habits at work, home and in worship to reduce the risk of contracting the new coronavirus and prevent it from spreading any further.

AFP looks at changes in behaviour due to the coronavirus, which has killed more than 3,000 worldwide.

In Beijing, the capital of the country where the outbreak began, red hoardings tell people not to shake hands but to join their own hands together in a sign of greeting.

Loudspeakers tell people to make the traditional gong shou gesture -- a fist in the opposite palm -- to say hello. 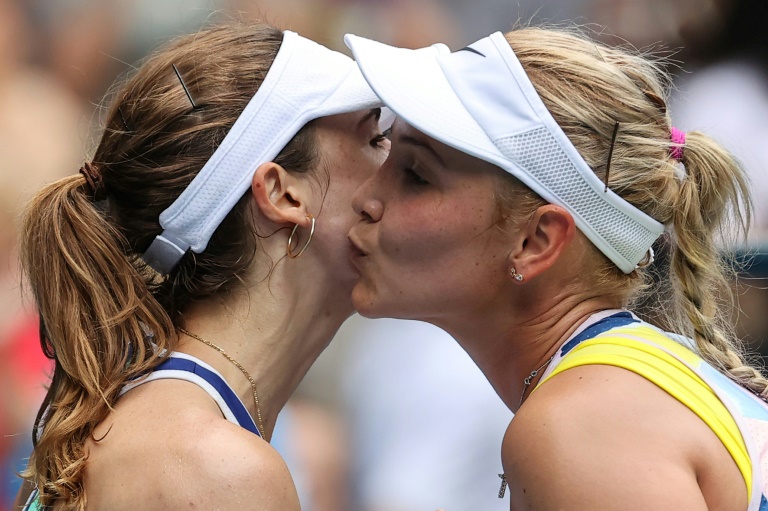 French etiquette expert Philippe Lichtfus has suggested that instead of a peck on the cheek, simply looking into a person's eyes can suffice as a greeting. PHOTO: AFP

Newspapers have been filled with advice on how to replace kissing on the cheek -- an everyday greeting in France, even between people who have only just met -- and handshaking, a common formality at work.

Etiquette expert Philippe Lichtfus, who has been widely cited in the media, says handshakes are a relatively recent development that began in the Middle Ages.

He says simply looking into a person's eyes can suffice as a greeting.

Meanwhile a kiss -- even if not on the mouth -- is totally advised against as a greeting. 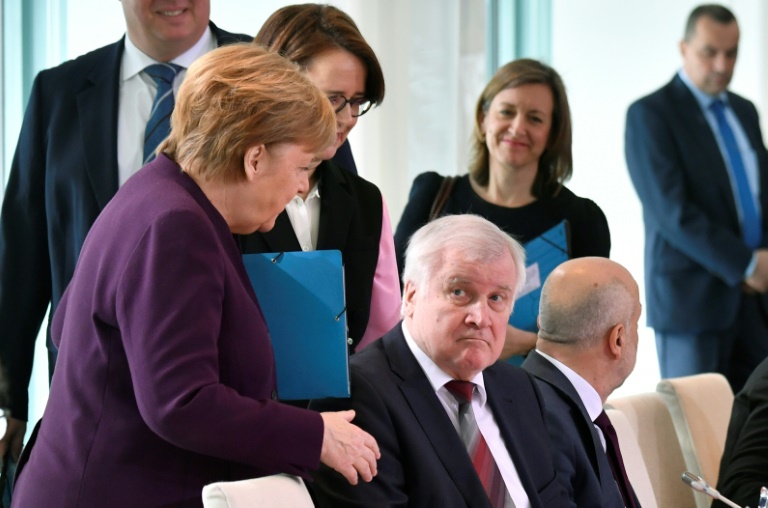 In a sign of the times, Germany's Interior Minister Horst Seehofer rebuffed Chancellor Angela Merkel's attempt to shake hands with him on Monday, smiling and keeping both his hands to himself.

They both laughed and Merkel threw her hand up in the air before taking a seat.

The outbreak could hit one of Spain's most cherished traditions -- the kissing of sculptures of the Virgin Mary in the week leading up to Easter.

With just a month to go before the week starts, the ritual could be banned. "It is one of the measures that is on the table," said national health official Fernando Simon.

During the holy week, the faithful queue up to kiss the hands or feet of sculptures of Mary and the saints, seeking their protection. 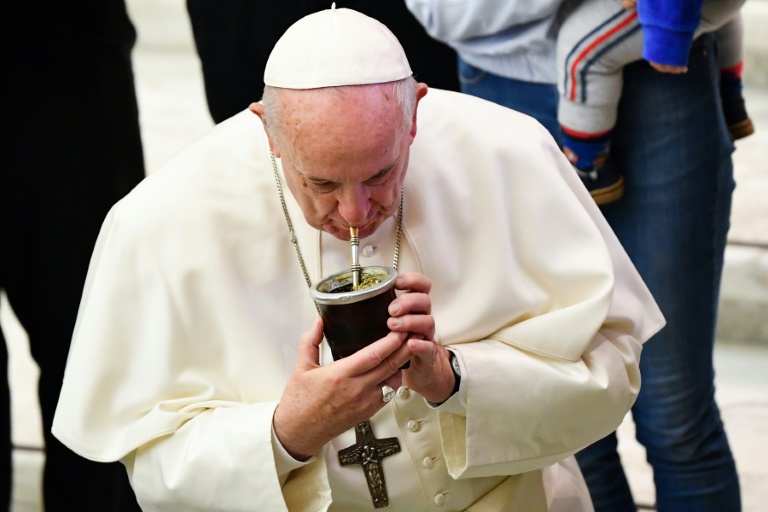 Romania's Martisor festival marks the beginning of spring when talismanic strings and flowers are handed out, often from men to women.

But the government has passed on a message to people urging them to hand over the flowers and talismans without the accompanying kiss. "Let's give the flowers but not the kiss," said Nelu Tataru, state secretary at the health ministry.

In Poland, one of Europe's most Catholic countries, the faithful are allowed to take "spiritual communion" instead of consuming the communal bread -- or it can be taken in the hands rather than the mouth.

The faithful have also been asked not to dip their hands in holy water when going in and out of the church and instead make the sign of the cross.

Is the footshake the new handshake?

In Iran, where 66 people have been killed by the virus, a video has gone viral showing three friends meeting -- hands in their pockets, with two of them wearing masks -- tapping their feet against each other as a greeting.

A similar video in Lebanon shows singer Ragheb Alama and comedian Michel Abou Sleiman tapping their feet against each other while making kissing noises with their mouths. 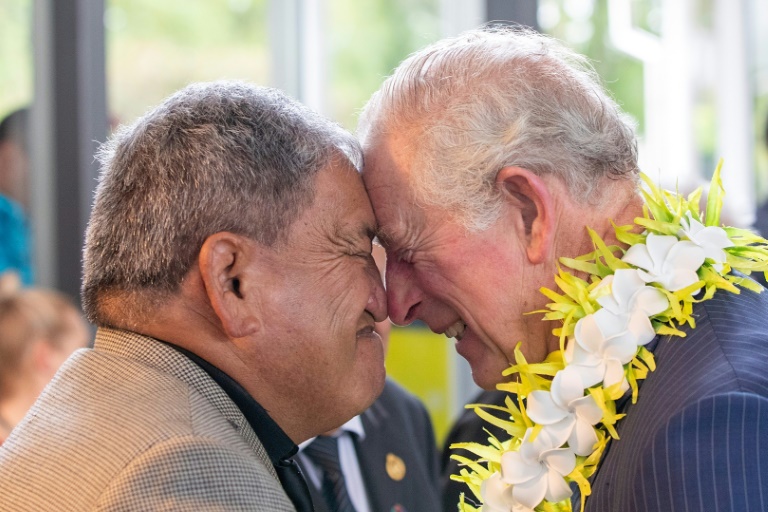 Some educational institutions in New Zealand have temporarily abandoned the Maori greeting known as the hongi, which involves two people pressing their noses together. PHOTO: AFP

Some educational institutions in New Zealand have temporarily abandoned the Maori greeting known as the hongi -- which involves two people pressing their noses together.

Wellington polytechnic WelTec said that instead of staff greeting new students with a hongi, its welcome ceremony would instead include a waiata, or Maori song.

New South Wales Health Minister Brad Hazzard urged Australians to kiss with caution and suggested a pat on the back instead of a handshake.

"It's a very Australian thing to put your hand out to shake hands, for example. I would be suggesting to the community... it's time that Aussies actually gave each other a pat on the back for the time being -- no handshaking," he said.

"There are other things that can be done -- I'm not going to say don't kiss, but certainly you could be exercising a degree of care and caution with who you choose to kiss."

ALSO READ: Here's how to prevent yourself from being infected with the coronavirus

The United Arab Emirates, as well as Qatar, are advising citizens to stop the traditional "nose to nose" greeting.

The UAE also said that people shouldn't shake hands or kiss. Greet each other "by waving only", it said.

NBA stars have been given a series of recommendations including that players interacting with fans should bump fists rather than high-five and avoid taking items such as pens, balls and jerseys to autograph, ESPN reported.

Some players have already taken steps to limit their exposure to the virus. Portland Trail Blazers star C.J. McCollum said he was no longer signing autographs because of the outbreak.

"Make sure y'all washing y'all hands with soap for 20 or more seconds & covering ya mouths when you cough," McCollum wrote on Twitter.