Hazmat team in Australia spend an hour searching for mysterious 'gas leak', only to realise it was a fruit

The 'king of fruits' is back dividing opinions on the other side of the world.

In a Facebook post shared on Friday (Oct 15), Canberra's emergency services said that fire and rescue crews were investigating reports of a gas leak at the shopping district in Dickson, a suburb near the capital of Australia.

"No exclusion zones are currently in place however the community is asked to avoid the area," the territory's emergency services added.

As the community of Dickson — with a population of less than 2,000 — waited in bated breath, the emergency services posted another Facebook update an hour later.

They wrote: "It was not a gas leak, but in fact a durian fruit. The fruit gives off a very pungent smell and can waft some distance."

The emergency services added that the source of the leak came from the owner of a tenancy above the shops. This false alarm, in the form of a Facebook post, has gone viral with more than 800 comments and 600 shares within six hours.

Naturally, this mini durian 'crisis' has netizens divided over their love for the fruit. 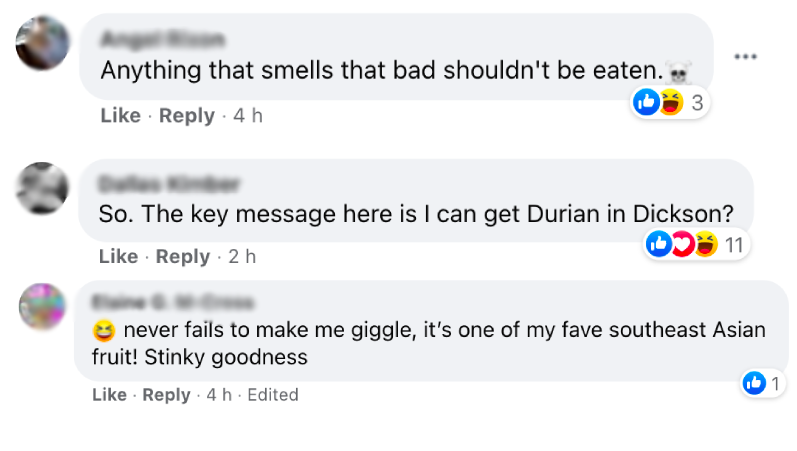 This is not the first time durians have triggered a gas leak alert in Australia.

In 2019, hundreds of people were evacuated from the library at University of Canberra after reports of a "strong smell of gas".

It turns out that the source of the stench was from a piece of durian that was left in a garbage bin near the air vent.