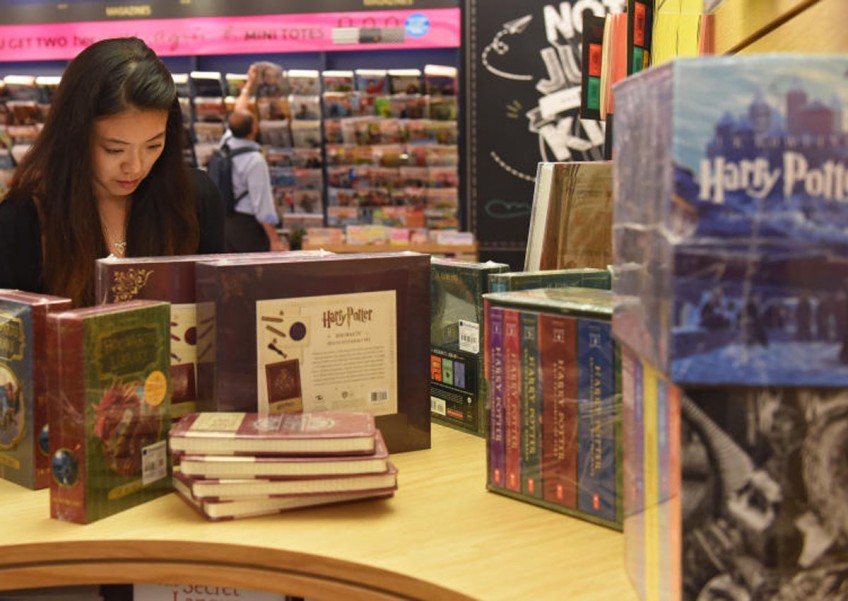 LONDON - Harry Potter turns 20 on Monday when muggle readers in gowns and glasses from Indonesia to Uruguay will celebrate the birth of a global publishing phenomenon in 1997.

Harry Potter and the Philosopher's Stone (later renamed Sorcerer's Stone for the United States market) introduced the boy wizard and a magical cast of supporting characters.

Penniless single mother J.K. Rowling finally succeeded after a series of rebuffs from publishers, and the book became the first instalment of a seven-novel series that has sold 450 million copies worldwide and spawned eight blockbuster films.

The Potter universe now encompasses theme parks in the US and Japan and a permanent exhibition at London's Warner Bros Studios, helping to turn Rowling into a billionaire.

No other children's book has achieved quite as much in terms of both commercial and cultural impact, turning an entire generation of boys as well as girls into enthusiastic readers who would happily join midnight lines at bookshops as each novel came out.

If some of the early reviews took issue with Rowling's pedestrian writing and bald characterization, everyone agreed about the narrative verve on show in Philosopher's Stone, starting with the delivery of a letter that will, like alchemy, transform the 11-year-old hero's life forever.

"Once you start reading it, you enter a magical world, a world where you could be special, a world with clever things, with the idea that it all just might exist," said Durham University education professor Martin Richardson.

"The characters become part of the family. It starts to enter the nation's DNA.

Far beyond the United Kingdom and English-language markets, the saga wove itself into the world's literary DNA.

The seven volumes have been translated into 79 languages in 200 countries, and Monday's 20th anniversary will feature fancy-dress reading parties around the world.

Marie Lallouet, editor-in-chief of a children's literature digest at the National Library of France, underlined the scale of the books' appeal beyond the UK, which already had a rich stock of literature conjuring tales out of the worlds of boarding schools and magic.

"Harry Potter re-validated children's literature in the eyes of adults, and encouraged an entire generation (of French children) to learn English so that they could read the books as soon as they came out in English," she said.

Rowling managed to magic "something very powerful" into existence, Lallouet said, by portraying one boy's struggle to come to terms with his tragic beginnings against the backdrop of an existential struggle of good against evil.

The first print run of Philosopher's Stone produced 1,000 copies - all now highly sought after by collectors - after numerous rejections.

Publisher Bloomsbury affected one small change by persuading Joanne Rowling to publish under the nom de plume J.K., convinced that boys would shy away from a book written by a woman.

Barry Cunningham, Rowling's original publisher at Bloomsbury, told The Daily Telegraph: "I couldn't be prouder of the Harry Potter legacy: not only has it made reading cool again, it has shown that families can all enjoy great stories together.

"We can believe that there is a real purpose to standing up to evil. And, of course, we can find our own magic."