An Asian-American woman died after a homeless man pushed her onto an oncoming train at Times Square station last Saturday (Jan 15).

Michelle Alyssa Go, 40, had been waiting for her southbound train that morning when a man pushed her onto the tracks. She was instantly killed, reported Associated Press.

The man, 61-year-old Simon Martial, then rode the train to Lower Manhattan where he turned himself in to the police.

"He approaches her and he gets in her space. She gets very, very alarmed. She tries to move away from him and he gets close to her, and she feels that he was about to physically push her into the train," he told reporters.

"This incident was unprovoked and the victim does not appear to have had any interaction with the subject," she added. 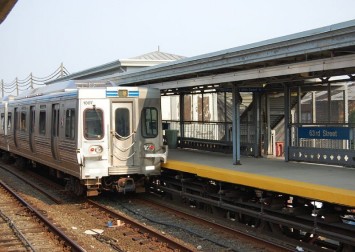 Violent attacks at New York train stations have become a concern for authorities in recent months. In May last year, several commuters were slashed and assaulted by a group of attackers on board the same train.

There were also four separate train stabbings last February, two of which were fatal.

Social workers and medical professionals will also provide services to homeless individuals residing on the streets and near train stations.