How a spider venom toxin could tackle malaria

UNITED STATES - "Losing a child was really painful for me, or for any parent for that matter. So if we can find a solution against this disease which killed my child, other people we will thank god. They should do everything to eradicate this disease."

For men like Dramane Oeudraogo, a cure for malaria cannot come soon enough.

Now scientists are hoping a fungus which is genetically-engineered to produce a toxin found in spider venom can provide a breakthrough in treating the deadly disease.

"We took a gene from a spider and we put that spider gene which encodes an insect-selective toxin, we put that gene into the fungus," said Raymond St. Leger, co-author of study and distinguished university professor in the department of entomology at the University of Maryland. 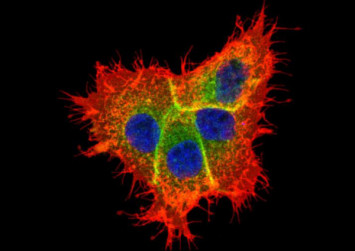 The project is the brainchild of entomologists at the University of Maryland.

Inspired by a call from the World Health Organisation for a scientific solution to the rapid evolution of insecticide-resistant mosquitoes.

"Well basically within two generations we've killed 99 per cent of the mosquitoes. So it caused the mosquito population to collapse," said Raymond St. Leger.

Scientists hope that by using the fungus in conjunction with insecticides, they can prevent mosquitoes from developing resistance.

That could also be used to combat other illnesses including Zika and Dengue.