Swimming's world governing body Fina has voted to restrict the participation of transgender athletes in elite women's competitions and create a working group to establish an "open" category for them in some events as part of its new policy.

Here is an explanation of what the policy is and Fina's reasoning behind the change:

Fina officials said the aim of the policy was to ensure fair competition in women's races.

Fina cited scientific evidence that males who transition to being women (transgender women) retain physical advantages despite undergoing hormone therapy and testosterone reduction as part of their treatment.

"By 14 years or older, the difference between boys and girls is substantial. That's due to the advantages experienced due to the physiological adaptations in testosterone and the possession of the Y chromosome," said Dr Sandra Hunter, an exercise physiologist who was part of Fina's panel looking into the issue.

"Some of these physical advantages are structural in origin such as height, limb length, heart size, lung size and they will be retained, even with the suppression or reduction of testosterone that occurs in the transition from male to female."

What is the big change?

The new eligibility policy for Fina competitions states that male-to-female transgender swimmers (transgender women) are eligible to compete in women's competitions only if "they can establish to Fina's comfortable satisfaction that they have not experienced any part of male puberty beyond Tanner Stage Two (of puberty) or before age 12, whichever is later".

What is 'Tanner Stage Two'?

Typically boys will begin puberty at ages 11-12 and complete the process by 16-17. Tanner Stage Two is the second of five stages of puberty. While puberty timetables vary according to a number of factors, boys can have completed stage two and entered stage three by the age of 12 or 13. In some cases it may be earlier or later.

Stage two is when physical changes begin including genital development, growth of hair around penis and under arms and an increase in height which can bring growing pains.

In the case of female to male transgender swimmers (transgender men), given there is no physical advantage gained, they are eligible to compete in men's competition.

However, swimmers who are undergoing testosterone treatment or receiving other anabolic substances as part of hormone treatment need to obtain a Therapeutic Use Exemption in line with anti-doping regulations.

Female-to-male transgender athletes (transgender men) who are not using exogenous androgens can compete in the women’s category.

Male-to-female transgender athletes (transgender women) remain eligible for the men’s category whether or not they are suppressing their endogenous androgens.

The policy only applies to eligibility for Fina competitions and events recognised by Fina. Those include world championships and the Olympic Games. The policy also impacts on who Fina considers eligible for a world record.

While national federations and other bodies are therefore in charge of their own events, Fina stated that the policy is "intended to operate uniformly around the world".

What is the certification process?

All athletes must certify their chromosomal sex with their national swimming federation in order to be eligible for Fina competitions. 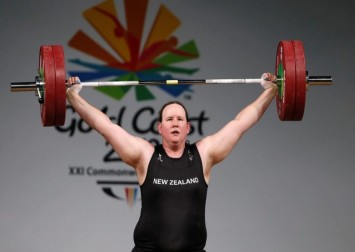 Transgender swimmers must provide Fina with a comprehensive medical history and other evidence to prove they are eligible for the competition category and be willing to undergo a physical examination.

An independent expert will review the submission and make a decision on eligibility.

Fina can also monitor through random or targeted testing of athlete's testosterone levels.

Fina can also conduct investigations of swimmers who have not filed a declaration as a transgender athlete.

Swimmers can appeal any decision to the Court of Arbitration for Sport.

What is the new 'open category'?

Fina voted to set up a working group to establish a new 'open category' that could be held alongside men's and women's races.

They will look into the feasibility of a category where anyone "who meets the eligibility criteria for that event would be able to compete without regard to their sex, their legal gender, or their gender identity."

Yes. The policy is to be applied for Fina events -- as well as swimming, they include Diving, Water Polo, Artistic Swimming, and High Diving and Open Water Swimming.

What have LGBTQI+ groups said?

The US based campaign group Athlete Ally said the policy is "deeply discriminatory, harmful, unscientific" and out of line with the stance of the International Olympic Committee.

"The eligibility criteria for the women's category as it is laid out in the policy police the bodies of all women, and will not be enforceable without seriously violating the privacy and human rights of any athlete looking to compete in the women's category," said Anne Lieberman, Director of Policy and Programs at Athlete Ally.