ROME – Italy’s Culture ministry on Wednesday (July 31) barred the construction of a McDonald’s fast-food restaurant next to the ancient Baths of Caracalla in Rome, with Mayor Virginia Raggi saying “the wonders of Rome must be protected”.

Culture Minister Alberto Bonisoli announced his decision in a Facebook post after the municipal administration loudly protested against the notion of serving burgers in the archaeological zone that hosts the 3rd century A.D. baths.

“We go forward with the culture minister to stop fast food construction in the archaeological area of the Baths of Caracalla. The wonders of Rome must be protected," Raggi wrote on Twitter after Bonisoli’s announcement.

McDonald’s did not immediately respond to requests for comment. McDonald’s has more than 40 outlets in the Italian capital, some of them in the vicinity of landmarks such as the Piazza Navona, Piazza di Spagna (Spanish Steps) and the Vatican, but not hitherto in the midst of its revered ancient quarter. 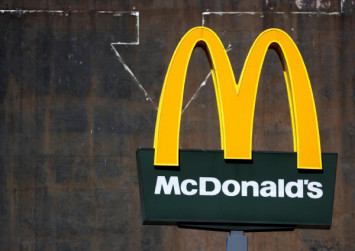 In 1986, intellectuals and television personalities fought, ultimately in vain, against the opening of the first McDonald’s in the Piazza di Spagna, calling it an offence to Italy’s traditional food culture.

In the case of the Baths of Caracalla, Italian media said the McDonald’s outlet was expected to cover 8,611 sq ft, in an area where new construction must meet strict criteria to reflect historical tradition.

The former garden centre that would have hosted the new McDonald’s is located between the baths and the ancient Aurelian walls, a few hundred metres  away from the Coliseum and the Circus Maximus.

According to website statista.com, Italy last year had the fourth highest number of McDonald’s restaurants in the European Union with 578, behind only Germany, France and Britain.