US President Joe Biden speaking with Asean leaders at a summit on Oct 26, 2021.

WASHINGTON - President Joe Biden will host Southeast Asian leaders in Washington this week, seeking to show his administration remains focused on the Indo-Pacific and the long-term challenge of China despite the Ukraine crisis.

A two-day summit with the 10-nation Association of Southeast Asian Nations (Asean) begins with a White House dinner on Thursday (May 12) before talks at the State Department on Friday.

It will be the first time leaders of Asean, created in some of the darkest days of the Cold War, gather as a group at the White House. President Barack Obama was the last US leader to host them, at Sunnylands in California in 2016.

Up to eight Asean leaders are expected. Myanmar's leader has been excluded over a coup last year and the Philippines is in transition after an election.

The White House said discussions are under way with Asean about having an empty chair represent Myanmar at the summit to reflect dissatisfaction over the coup.

The Asean leaders, accompanied by US Secretary of Commerce Gina Raimondo and US Trade Representative Katherine Tai, will meet US business leaders on Thursday, the White House told reporters in a call.

The summit takes place ahead of Biden's May 20-24 visit to South Korea and Japan, which includes a plan to meet fellow leaders of the Quad countries - Australia, India and Japan - who share US concerns about China's ambitions to expand its influence in the region and globally.

Biden's Indo-Pacific coordinator Kurt Campbell spoke at a think tank on Wednesday (May 12) of a deep sense in the administration of the need not to be distracted from the Indo-Pacific, and said it would seek to increase US investment and engagement in Asean countries.

He said China, Myanmar, Taiwan and Ukraine would be among the issues discussed. 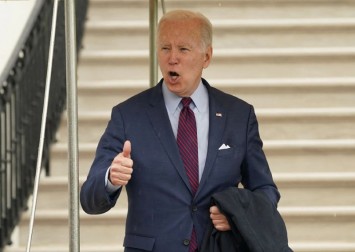 "We believe it's critical for other countries to both publicly and privately underscore that what has taken place in Ukraine must never happen in Asia," he said, referring to China's threats to retake Taiwan by force if necessary.

Campbell acknowledged critiques that US engagement with Asean had waned in many important areas.

"We have to send a signal that the United States will be a steady partner, and that our strategic interests push us and point us into playing a larger role over time," he said.

Campbell said on Monday there would be "substantial" discussions with Asean on technology, education, infrastructure, and that Washington would soon announce plans to better battle illegal fishing in the Pacific.

Kate Rebholz, acting US ambassador to Asean said the summit would bring "an ambitious and forward-looking US-Asean vision statement" and new initiatives, including partnerships in public health, climate and economic growth.

Even if the summit is largely symbolic and no dramatic advances are to be expected, analysts and diplomats said the fact it was taking place aimed to show that China remains a leading US long-term foreign policy challenge, regardless of Russia's actions in Ukraine.

"The meeting is the message... that the US is in fact capable of walking and chewing gum at the same time, and it's not distracted," Bilahari Kausikan, a former permanent secretary of Singapore's foreign ministry, told the Stimson Centre think tank on Monday.

US 'falls flat' on economics

Asean countries also share concerns about China and are broadly keen to boost ties with Washington, but they have been frustrated by a US delay in detailing plans for economic engagement since former president Donald Trump quit a regional trade pact in 2017.

At a virtual summit with Asean last October, Biden said Washington would start talks about developing a regional economic framework, but diplomats say this is likely to feature only peripherally this week. 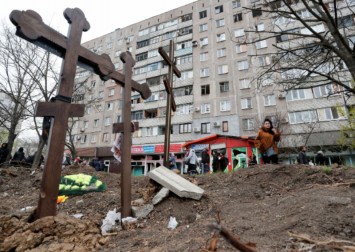 Japan's Washington ambassador said Biden's Indo-Pacific Economic Framework (IPEF) is likely to be formally launched in Japan, but its details are still under discussion.

Analysts and diplomats say only two of the 10 Asean countries - Singapore and the Philippines - are expected to be among the initial group of states to sign up for the negotiations under IPEF, which does not currently offer the expanded market access Asian nations crave, given Biden's concern for American jobs.

There has also been some frustration that Asean leaders will get little personal time with Biden, with no bilateral meetings announced, though the White House said Biden will have "private time" with each leader.

An adviser to Cambodian Prime Minister Hun Sen, in office since 1985 but making his first White House visit, told Reuters Biden should spend more time with leaders if serious about elevating ties.