A California jury on Wednesday cleared Johnson & Johnson (JNJ.N) of liability in a case involving a woman who alleged that the company's talc-based products, including its baby powder, contain asbestos and caused her cancer, the company said.

The jury in Humboldt County Superior Court in Eureka, California rejected claims by Carla Allen who said that her mesothelioma, a tissue cancer closely linked to asbestos exposure, was caused by the company's talc products, including Johnson's Baby Powder.

J&J denies the allegations, saying decades of scientific testing and regulatory approvals have shown its talc to be safe and asbestos-free.

Plaintiffs in the litigation allege that J&J knew of asbestos fibers in its cosmetic talc and concealed risks associated with the products.

The New Brunswick, New Jersey-based company faces some 11,700 US talc lawsuits, according to an October regulatory filing. More than 9,700 of those cases involve claims over ovarian cancer, recent filings in New Jersey federal court, where most of the cases are consolidated, showed. 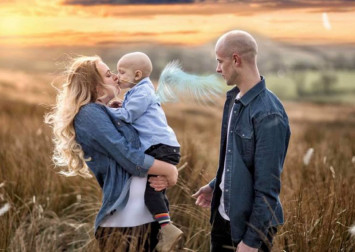 The remaining plaintiffs allege asbestos in J&J's talc caused them to develop mesothelioma.

J&J in a statement on Wednesday said it was pleased with the jury's decision in the case of Allen.

"While we deeply sympathize with anyone suffering from any form of cancer, the science and facts show that her disease was not caused by her use of our talcum-based products," the company said.

Lawyers for Allen did not immediately respond to a request for comment.

J&J has been fighting talc cancer lawsuits for several years, but the litigation shifted in recent months to include allegations of asbestos contamination.

Plaintiffs now claim asbestos fibers in the products are causing both ovarian cancer and mesothelioma.

J&J to date has been cleared of liability in three mesothelioma cases. It has lost two mesothelioma cases in New Jersey and California, with juries awarding a total of $142 million in damages. Both cases are under appeal.

Four additional mesothelioma cases resulted in a mistrial because jurors could not reach a verdict or because the plaintiff died.

In July, a Missouri jury hit J&J with a massive $4.69 billion verdict in the first trial alleging asbestos contamination has caused ovarian cancer in 22 women. That decision is also under appeal.