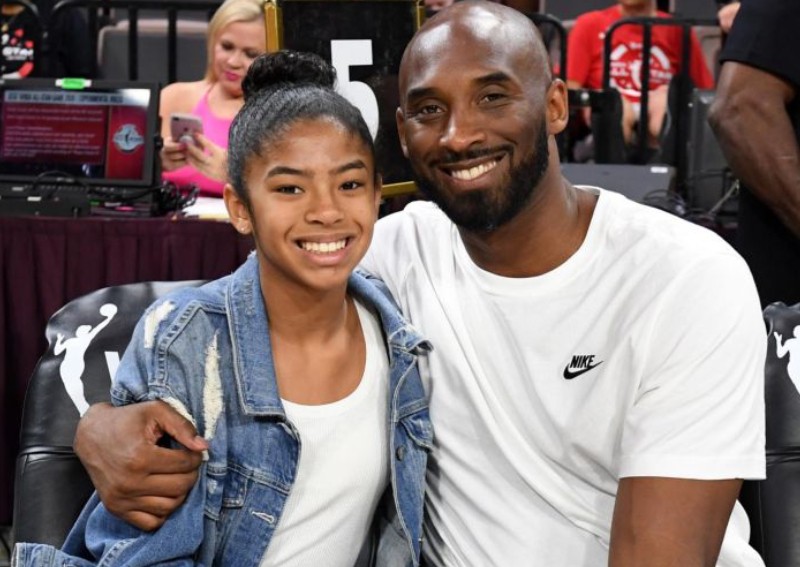 In a photo taken on July 27, 2019, Kobe Bryant is pictured with his daughter Gianna at the WNBA All Star Game at Mandalay Bay Events Center.
AFP

Kobe Bryant's public memorial will be for ticket holders only, but proceeds from sales will go to his Mamba & Mambacita Sports Foundation.

The 41-year-old basketball star and his 13-year-old daughter Gianna are both set to be remembered in a public memorial held at the Los Angeles Staples Centre on Feb 24, after they were among nine people to lose their lives when Kobe's private helicopter crashed in Calabasas last month.

On Friday (Feb 14) the Los Angeles Lakers - which is the basketball team Kobe played for, and the team that plays at the Staples Centre - revealed new details about the public memorial, including details on tickets to get into the event.

The recurrence of the numbers 2 and 24 comes as Kobe wore a number 24 jersey for most of his career with the Lakers, and Gianna wore jersey number 2 at the Mamba Sports Academy.

According to People magazine, the public memorial will begin at 10am on Feb 24, and organisers have already allocated tickets to a large number of invited guests made up of family members, friends, celebrities, and current and former stars from the NBA.

The memorial will also be televised, and there are reportedly no plans for a procession or other events outside of Staples Centre.

LA Mayor Eric Garcetti confirmed plans for the memorial last month, when he said: "There will absolutely be a memorial to mark the contributions of this incredible man and not only him, but to commemorate the loss of his daughter and all the other families that were there. We don't have that date finalised but we've been talking everyday to the Lakers, and most importantly, to Vanessa as well."