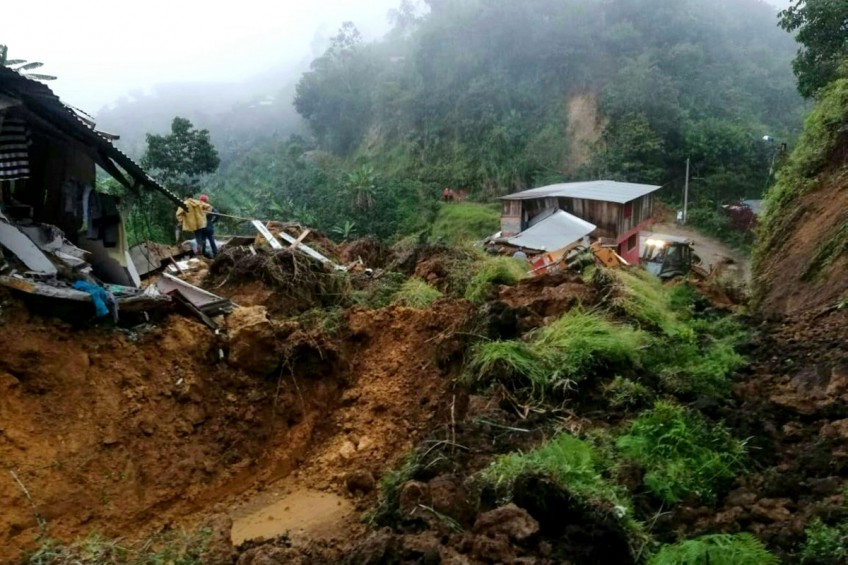 This handout picture released by Caldas' Firefighters Department shows a general view of an area affected by mudslides following heavy rains in Marquetalia, department of Caldas, Colombia, on October 11, 2018
AFP

The landslide, which occurred around 2:30 AM local time (3:30 PM SGT), sent part of a hillside onto several houses, photos posted on Twitter by the disaster relief agency for Caldas province showed.

"The official information of what occurred in Marquetalia is of 11 people dead, the number of the missing is still not exact and the terrain is being evaluated for a preventative evacuation of families," the provincial agency said.

The landslide also injured four people, the national disaster relief agency said in a statement, adding that rescue operations are temporarily suspended because of continuing rain.

Landslides are common in mountainous Colombia, especially during rainy season and in areas where precarious informal housing and narrow roadways are constructed on deforested Andean hillsides.

Some 300 people were killed in a massive landslide in the southern city of Mocoa last year. The government has said millions of Colombians could be at risk because of natural disasters such as landslides and flooding.