A handout photo. Al Qaeda leader Ayman al-Zawahiri, who was killed in a CIA drone strike in Afghanistan over the weekend according to US officials, appears in an undated FBI Most Wanted poster.

WASHINGTON- Two Hellfire missiles fired from a drone killed the leader of al Qaeda, causing surprisingly little damage beyond the target, suggesting they may be a version of the missile shrouded in secrecy and used by the United States to avoid non-combatant casualties.

Officials said the missiles killed al Qaeda leader Ayman al-Zawahiri while he stood on a balcony at his home in downtown Kabul, Afghanistan, over the weekend in the biggest blow to the militants since Osama bin Laden was killed in 2011.

A senior administration official told reporters two Hellfire missiles were fired from an unmanned aerial vehicle at Zawahiri. US officials said no one else was killed or wounded in the attack.

US officials said the CIA was responsible for the strike. The agency declined to comment.

Hellfire missiles, mostly made by Lockheed Martin, are precision-guided munitions for air-to-ground strikes that normally cause significant damage, taking down whole buildings and killing or severely injuring anyone nearby.

Social media images of the strike pointed to the hallmarks of a modified Hellfire called the R9X with six blades to damage targets, sources familiar with the weapon said. It is largely aimed at individual targets, such as militants in Syria.

The images showed windows destroyed on the second floor while the structure of the house remained intact despite being hit by Hellfires. 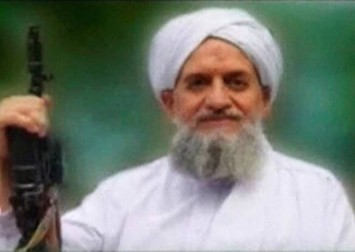 More than 29 entities have the Hellfire missile, but very little is acknowledged or publicly known about the modified version.

Officials believe the R9X is less likely to cause civilian casualties because instead of exploding, the missile cuts through targets with sharp blades.

Drones made by General Atomics, like the MQ-9 Reaper and the MQ-1C Gray Eagle, are the only drones publicly known to carry the Hellfire missile.

A Pentagon spokeswoman referred a query on the R9X missiles to US Special Operations Command, which would be the prime purchaser of the missile.