Tourist vandals are escorted by authorities as they walk towards the borderline with Bolivia in Desaguadero, Peru, Jan 16, 2020.

LIMA, Peru - Five tourists accused of damaging Peru's iconic Machu Picchu site were deported to Bolivia on Thursday (Jan 16) and barred from returning to the country for 15 years, police and immigration officials said.

Peru Migration said in a statement the tourists - two Brazilians, an Argentine, a Chilean and a French woman - had been given "the maximum punishment with expulsion and a ban on entry for a period of 15 years".

A sixth tourist, 28-year-old Argentine Nahuel Gomez, has been barred from leaving the small town of Machu Picchu after allegedly admitting to damaging the Temple of the Sun at the ancient Inca sanctuary.

He faces a trial in which he could be jailed for four years. 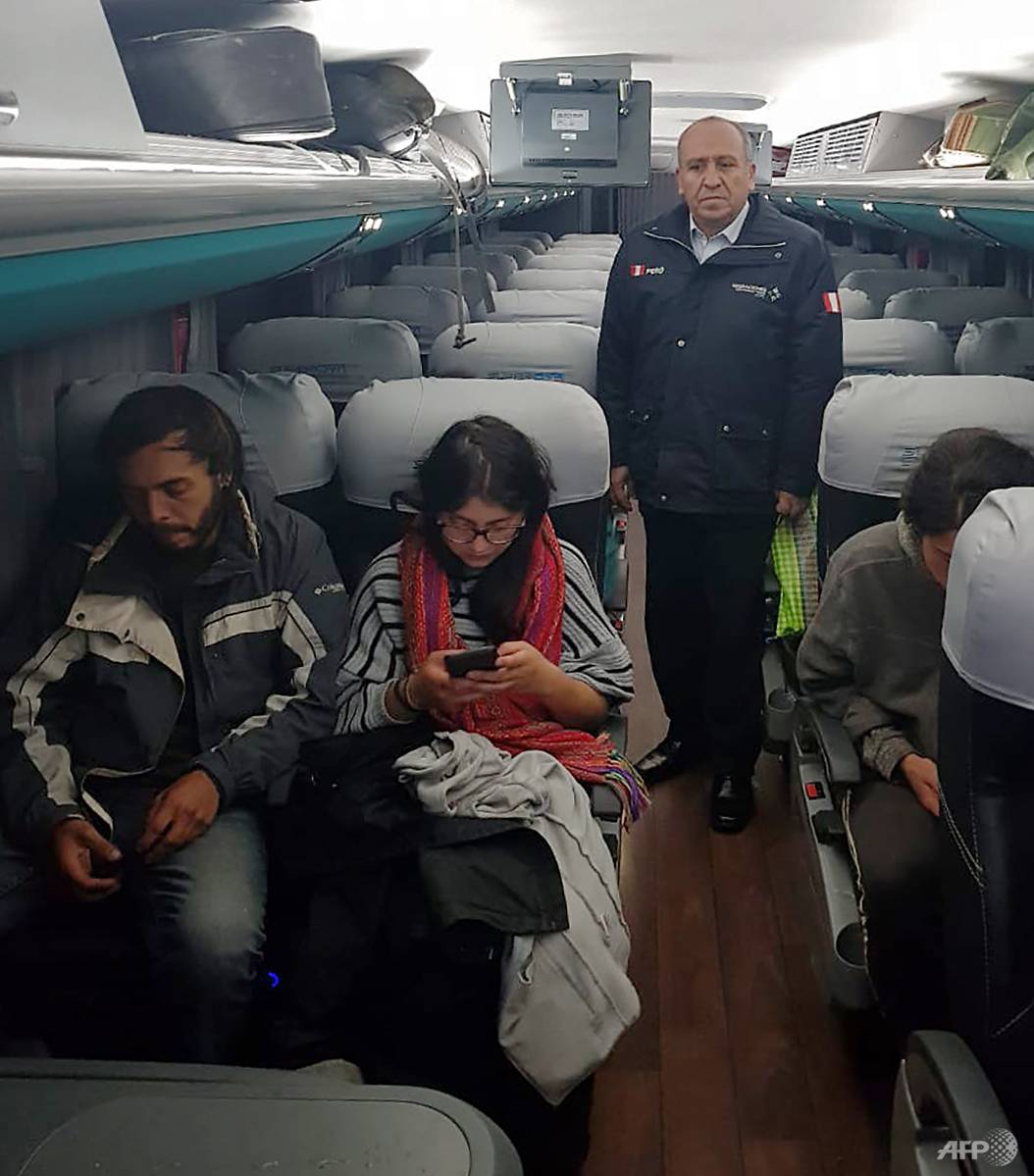 Three tourist vandals are transferred on board a bus from Cuzco to Desaguadero, Peru, on the border with Bolivia, Jan 16, 2020. PHOTO: AFP

The five deported tourists - three men and two women aged between 20 and 32 - were dropped off at the Bolivian town of Desaguadero, on the shores of Lake Titicaca, a popular tourist destination.

The six travellers were arrested for damaging Peru's "cultural heritage" after being found in a restricted area of the Temple of the Sun on Sunday.

They were also suspected of defecating inside the 600-year-old temple, an important edifice in the Inca sanctuary. 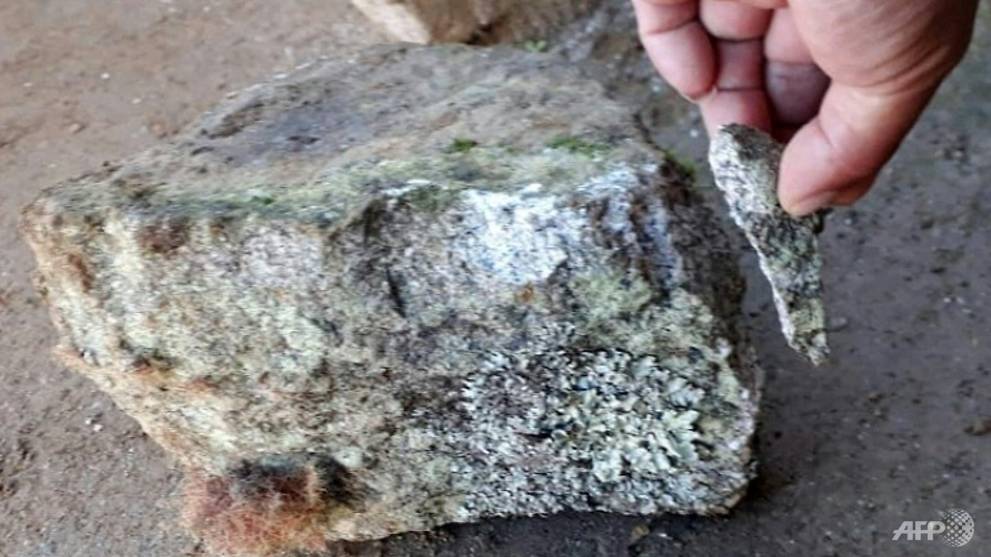 A stone block that fell from a wall in Machu Picchu's Temple of the Sun was chipped after hitting the ground. PHOTO: AFP

Gomez admitted to causing a stone slab to fall from a temple wall. It was chipped when it fell to the ground, causing a crack in the floor.

He must sign in at a local court every 10 days while awaiting trial. 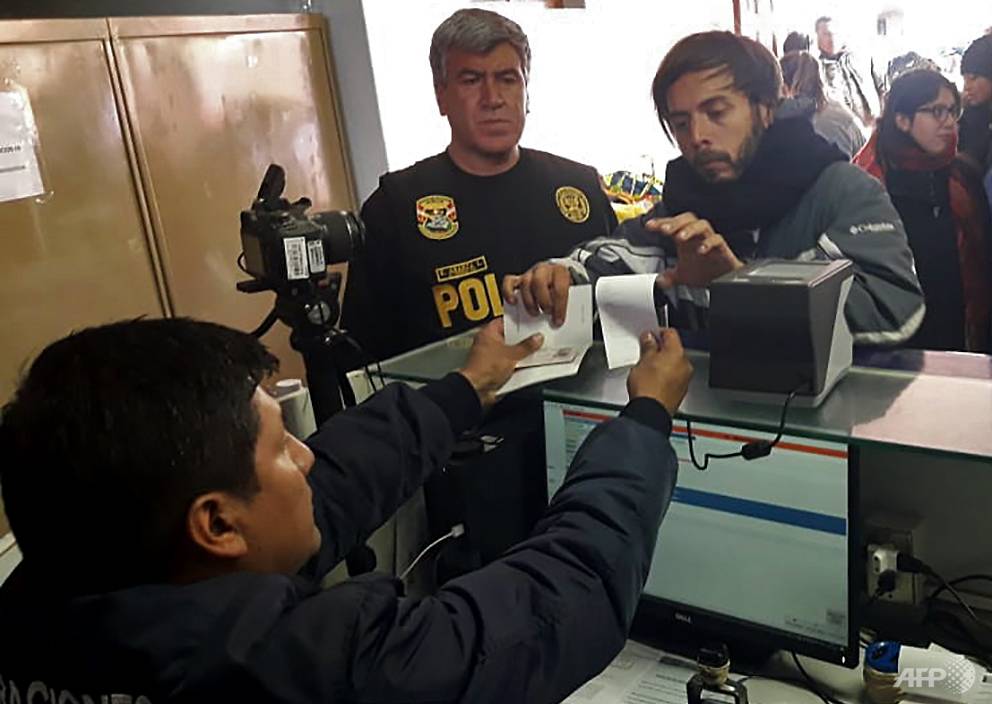 A tourist vandal is expelled from Peruvian territory in Desaguadero, Peru, on the border with Bolivia, on Jan 16, 2020. PHOTO: AFP

The Machu Picchu complex - which includes three distinct areas for agriculture, housing and religious ceremonies - is the most iconic site from the Inca empire, which ruled over a large swath of western South America for 100 years before the Spanish conquest in the 16th century.

Machu Picchu, which means "old mountain" in the Quechua language indigenous to the area, is at the top of a lush mountain and was built during the reign of the Inca emperor Pachacuti (1438-1471).