Meghan Markle's father will not attend her wedding to Prince Harry this weekend, US media reported Monday, as Kensington Palace pleaded for "understanding and respect" for the couple during a "difficult situation".

According to celebrity news website TMZ, Thomas Markle, who recently posed for paparazzi photos, has pulled out of accompanying his daughter down the aisle at Windsor Castle because he does not want to embarrass her.

He is also reported to have suffered a heart attack in recent days.

Kensington Palace, the official residence of the couple, did not confirm whether Markle senior had pulled out of the wedding, but it did issue a statement hinting that all was not well.

"This is a deeply personal moment for Ms Markle in the days before her wedding," the palace said in a statement. "She and Prince Harry ask again for understanding and respect to be extended to Mr Markle in this difficult situation."

The US actress' father had previously defied the palace's pleas for secrecy by agreeing to pose for a paparazzi photoshoot.

A source close to Thomas Markle, cited by the publication, said he was convinced to pose for the shots after being hounded by the paparazzi. He is now said to feel "like a total fool" who has been "scammed". 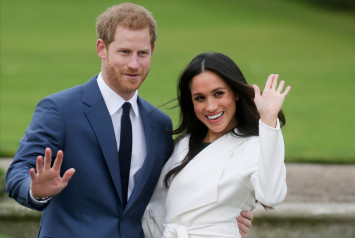 Markle's gaffe-prone American family has been sending royal courtiers into something of a spin by airing its dirty laundry in public.

The bride-to-be remains close with her divorced parents but other relatives have been barred from the May 19 nuptials amid unwelcome stories of bust-ups, heavy drinking -- and even an arrest.

Markle, who grew up in the Los Angeles suburb of Woodland Hills, had been due to be walked up the aisle by her 73-year-old father an Emmy-winning Hollywood lighting director of Dutch-Irish descent who is enjoying retired life in Mexico.

Her mother Doria Ragland is a 61-year-old yoga instructor and clinical therapist.