Mexican president asks Spain to apologise for actions during conquest

MEXICO CITY - Mexican President Andres Manuel López Obrador said on Monday he had asked the Spanish government and Pope Francis to apologise to indigenous Mexicans for wrongs committed during the Spanish conquest some 500 years ago.

Lopez Obrador said in a video shared on Facebook and Twitter he had written to Spain's King Felipe VI about the matter.

"I already sent a letter to the king of Spain and another letter to the Pope so that they ask forgiveness of indigenous peoples for violations of what are now known as human rights," he said.

Spain is one of Mexico's biggest sources of foreign direct investment. The Mexican government has yet to ratify a new free trade deal reached with the European Union in April 2018.

Speaking with his wife at an archaeological zone in the southeastern state of Tabasco, Lopez Obrador said the letter cited massacres that took place during the Spanish conquest at the beginning of the 16th century. 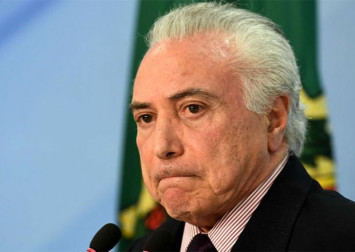 "The churches were built above the temples, our patriotic heroes were excommunicated," he said. "We are going to reconcile but first we ask for forgiveness."

Spain's foreign ministry did not respond immediately to a request for comment. The ministry published a statement rejecting the contents of Lopez Obrador's letter, according to domestic media. Reuters was not immediately able to obtain a copy of the statement.

"The arrival 500 years ago of the Spanish on present-day Mexican territory cannot be judged in light of contemporary considerations," the government said, according to Spanish media.