Mexican 'professional protester' has outfit for every cause

Mexican activist Julia Klug poses on August 8, 2019 in Mexico City wearing a pope-like outfit she wore to protest against the Catholic church.

Whether dressed up as a pig, priest, president or the pope, Klug has been a staple of Mexico City protests for more than two decades, bringing a splash of colour to her chosen causes with her collection of hundreds of disguises.

Klug, 65, does not shy from wearing her costumes to even the most serious of protests.

Earlier this month, she donned a Donald Trump mask and an American flag suit for a protest outside the US embassy -- where she pretended to mow down fellow demonstrators with a toy rifle, in protest at the August 3 mass shooting in El Paso, Texas that killed 22 people, including eight Mexicans.

"I use my own body to create every kind of image you can imagine, in order to get people's attention," she told AFP.

Klug considers herself "a citizen committed to justice," she said during a tour of what she calls her "museum": the large room where she keeps her massive collection of costumes.

Klug has no shortage of props to enhance her performances, from fake blood to plastic excrement to a giant magnifying glass she recently made to protest allegations the Mexican government spied on journalists and human-rights activists. 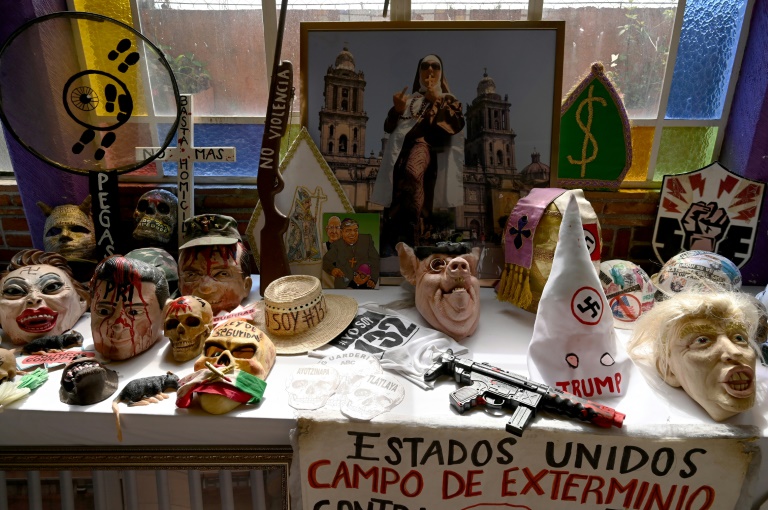 Toy guns, banners and masks of all kinds are among Klug's arsensal of protest gear, for which she has become well-known in Mexico City. PHOTO: AFP

She says her roots as an activist go back to her own traumatic experience as a child in Guatemala, where she was born.

Her mother died giving birth to her, and her father gave her to another family to raise. As a child, she was raped by her neighborhood priest -- only to be beaten by her adoptive family when she told them what had happened.

She moved to Mexico as a young woman, and attended her first protest in 1997: a demonstration against late Mexican priest Marcial Maciel, founder of the ultraconservative Legion of Christ congregation, who was accused of sexually abusing minors and was forced to resign in 2006.

Immediately, the gray-haired, green-eyed widow -- who, despite her fierce fighting spirit, speaks in a sweet, gentle lilt -- caught the protest bug.

She has attended hundreds of protests since. 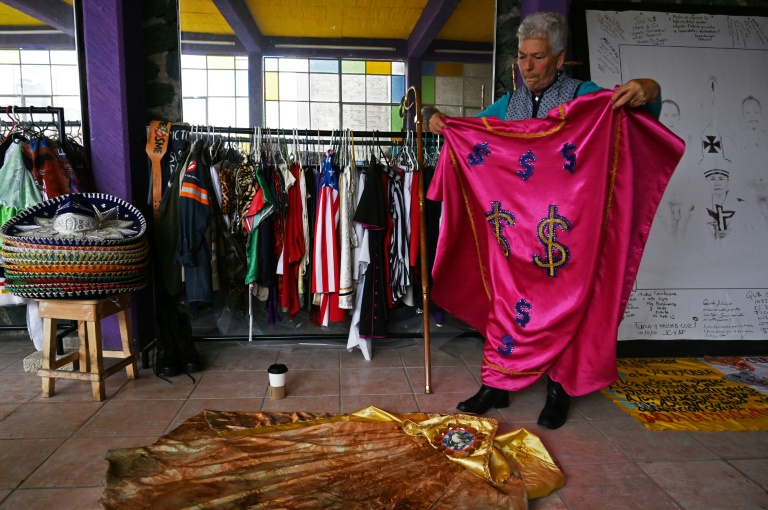 Klug considers herself "a citizen committed to justice," and has accumulated many outfits in her two decades of activism. PHOTO: AFP

She says she has been attacked and received death threats for her activism.

She even suspects foul play may have been involved when her son, a Mexican air force pilot, was killed when his plane crashed in 2010.

Instead of giving up her activism, she uses the pension she receives from the air force to buy more materials for her costumes, which she mostly makes by hand.

"As long as corrupt politicians and pedophiles continue doing that crap, I'll keep marching," she says.