Miami rolls back restaurant dining as US coronavirus deaths top 130,000

The move whiplashed restaurateurs, who recently came back to work after an initial weeks-long shutdown was lifted.

CHICAGO - Florida's greater Miami area became the latest US coronavirus hot spot to roll back its reopening, ordering all restaurant dining closed on Monday (July 6) as Covid -19 cases surged nationwide by the tens of thousands and the US death toll topped 130,000.

Restaurants also were targeted for a weekend crackdown on coronavirus enforcement in California, where hospitalisations for Covid -19 have jumped 50 per cent over the past two weeks and the state capitol building in Sacramento was temporarily closed for deep cleaning.

For an eighth straight day, Texas registered an all-time high in the number of people hospitalised at any one moment with the highly contagious respiratory illness, up more than 500 admissions from the day before to nearly 8,700.

The US military said it would deploy a special 50-member medical team, including emergency room and critical-care nurses and respiratory specialists, to a hard-hit area in and around San Antonio.

California, Texas and Florida are all among two dozen states reporting high infection rates as a percentage of diagnostic tests conducted over the past week, an alarming sign of a virus still spreading largely unchecked throughout much of the country.

"It's a serious situation that we have to address immediately," Dr. Anthony Fauci, the nation's top infectious disease specialist and member of the White House coronavirus task force, said during a live internet interview on Monday.

The Miami-Dade County emergency restaurant closure was ordered on Monday by Mayor Carlos Gimenez, the top official in a metropolitan area that has reported some 48,000 Covid -19 infections to date among its 2.8 million residents.

The move reimposing rules to permit carry-out and delivery service only, just weeks after eateries began welcoming customers back to their favourite tables, booths and patios, left struggling restaurateurs even more worried about the survival of their businesses.

Michael Beltran, chef-partner at Ariete Hospitality Group, which owns a handful of other popular Miami restaurants, was struggling with having to tell most of his 80 employees - many of them just rehired for reopening - that they would again be unemployed.

"From what they told me, I did the proper things (to reopen), and now we're at this point," Beltran said.

Covid-19 infections are on the rise in 39 states, according to a Reuters analysis of cases over the past two weeks, with the country as a whole averaging some 50,000 new cases nearly every 24 hours in recent days. 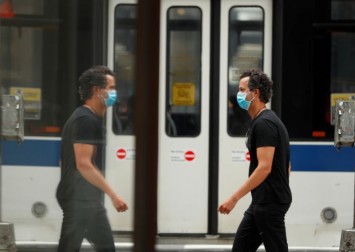 More states are also reporting a troubling increase in the percentage of Covid-19 diagnostic tests that come back positive - a key indicator of community spread that experts refer to as the rate of "positivity".

Two dozen states, mostly in the South and West, have averaged positivity rates over the past week exceeding 5 per cent, a level the World Health Organisation considers to be concerning, data collected by Reuters shows.

Several states were averaging double-digit rates and climbing, including Arizona at 26 per cent, Florida at 19 per cent and Mississippi at 17 per cent.

California's positivity rate has also risen over the past two weeks. But Governor Gavin Newsom on Monday cited a 50 per cent two-week spike in hospitalisations - with 5,790 Covid-19 patients currently admitted - as an impetus for beefed-up enforcement actions during the Fourth of July holiday.

He said state regulators visited nearly 6,000 bars and restaurants over the weekend to ensure compliance with rules barring indoor seating or the reopening of any establishment that serves alcohol without food.

The nationwide loss of life from Covid-19 surpassed 130,000 on Monday, and the US Centres for Disease Control and Prevention forecast that the death toll could reach 160,000 later this month.

The disquieting surge in new cases has prompted many local leaders to slow down or roll back business reopenings in hopes of curbing infection rates that have started to overwhelm hospitals in some areas.

"We can tamp down the spread if everyone follows the rules, wears masks and stays at least six feet (2m) apart from others," the Miami mayor said in a statement announcing his emergency order, which also closed ballrooms, banquet halls, fitness centres and short-term housing rentals.

Colleges and universities have likewise been forced to adjust reopening plans.

Colleges and universities have also been forced to adjust their reopening plans. Harvard University on Monday announced that all undergraduate fall semester classes would be taught remotely and only 40 per cent of the undergraduate student body would be permitted to live on campus.

Also on Monday, Atlanta Mayor Keisha Lance Bottoms, one of several politicians reported under consideration by presumptive Democratic presidential nominee Joe Biden as a running mate for the Nov 3 election, joined a growing list of well-known US public figures diagnosed with Covid-19.

In an MSNBC interview, Bottoms, 50, said she had not developed severe symptoms, adding she and her family wear face coverings in public and are mindful about social distancing and washing their hands.

"I'm still processing all of this. I'm shocked," she said.

As US cases approach 3 million - about a quarter of the entire global tally - scrutiny of President Donald Trump's handling of the crisis has intensified.

Trump, who has suggested that states ought to reduce Covid-19 testing to cut down on the number of reported cases, said in a speech on Saturday that 99 per cent of US coronavirus cases were "totally harmless," without providing evidence. 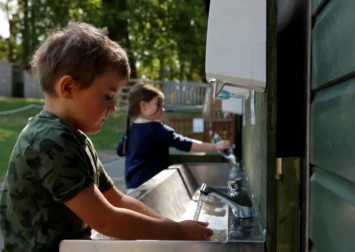 New York Governor Andrew Cuomo, a Democrat who has repeatedly clashed with Trump over his efforts to tackle the health crisis, accused the Republican president of making up facts and said he was "enabling" the virus if he failed to address the severity of the situation.

"Acknowledge to the American people that Covid exists, it is a major problem, it's going to continue until we admit it and each of us stands up to do our part," Cuomo said, directing his comments at the president.

White House Chief of Staff Mark Meadows on Monday defended Trump, saying the president was not trying to play down the deaths.

"But it's really to look statistically to know that whatever risks that you may have or I may have, or my, my children or my grandchildren may have, let's look at that appropriately and I think that's what he's trying to do," Meadows told reporters outside the White House.