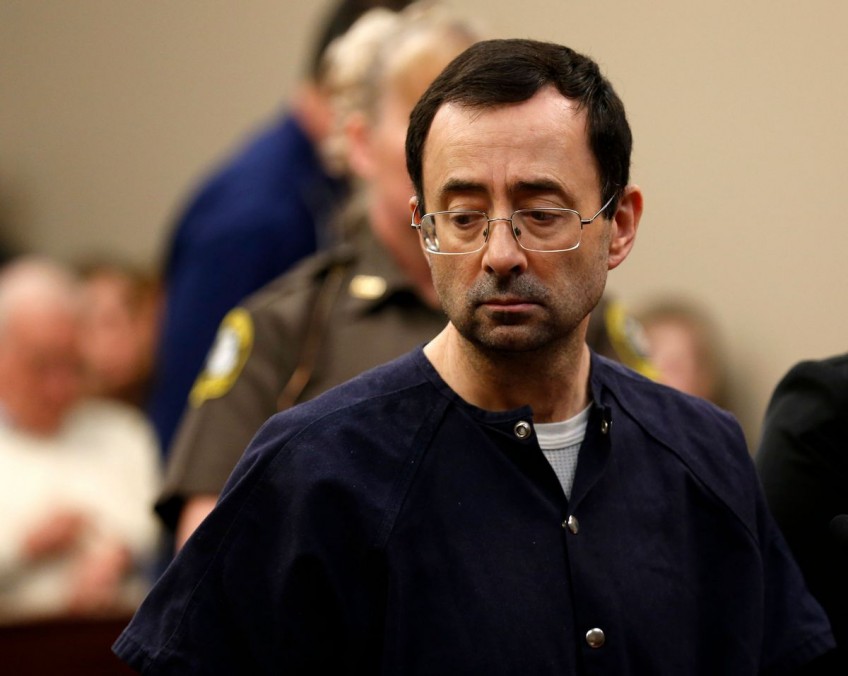 The deal calls for the school to pay $425 million to the 332 victims represented in current litigation, with another $75 million set aside in a trust fund that could go to future plaintiffs who allege they were abused by Nassar, the attorneys said in a joint statement.

The sexual abuse settlement appears to be one of the largest of its kind, reflecting the sheer number of victims, including well-known athletes such as 2012 Olympic gold medalist McKayla Maroney. Many of them gave emotional testimony during Nassar's sentencing hearings.

Nassar, who had worked as a doctor for the USA Gymnastics federation and also served at an on-campus clinic at Michigan State, earlier this year received a prison sentence of up to 175 years after pleading guilty last year to criminal sexual conduct.

Many victims testified that Nassar, 54, sexually abused them under the guise of medical treatment while on his examination table, sometimes hiding it from view of parents waiting nearby.

The revelations of the long-running abuses sparked investigations into possible abuse at US athletic federations and schools by Congress and the US Department of Education, and led to the resignation of the entire USA Gymnastics board. The head of the US Olympic Committee also resigned, citing medical reasons.

"This historic settlement came about through the bravery of more than 300 women and girls who had the courage to stand up and refuse to be silenced," plaintiffs' attorney John Manly said.

Brian Breslin, chairman of the university's board of trustees, released a statement welcoming the end of the litigation and apologising to Nassar's victims and their families.

The attorneys stressed that the settlement, which was agreed to by the university's board of trustees late on Tuesday, was still not final.

It applies only to plaintiffs who have sued the university, and not those who have filed claims against the US Olympic Committee, USA Gymnastics, gymnastics coaches Bela and Martha Karolyi or anyone else, the attorneys said.

The dollar amount is on a similar scale to settlements paid by some US Roman Catholic dioceses as a result of its clergy sex abuse scandal. The Los Angeles archdiocese in 2007 paid $660 million to 508 victims.

Michigan State is a publicly funded school with an annual budget of about $1.3 billion. Interim President John Engler last month told state lawmakers that settlements should not lead to an increase in tuition fees, the university newspaper State News reported.