PARIS - The middle class is getting squeezed and it is the millennial generation above all that is bearing the brunt, the Organisation for Economic Cooperation and Development (OECD) said, urging action to help households struggling with the rising cost of eduction and housing as incomes stagnate.

"Today the middle class looks increasingly like a boat in rocky waters," the OECD's Secretary-General Angel Gurria was quoted in a statement as saying at Wednesday's (April 10) New York launch of the report.

The OECD found that with each successive generation fewer and fewer are making it into the middle class, which is defined as having between 75 and 200 per cent of the median national income.

If 70 per cent of the baby boomers born after World War II were part of the middle class in their twenties, for millennials - those aged 17-35 - it has fallen to 60 per cent. 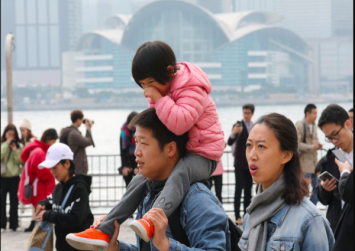 A strong and prosperous middle class has long been viewed by economists as crucial for a successful economy and a cohesive society.

In addition to sustaining consumption, the middle class drives much of the investment in education, health and housing. Its tax contributions are also key in supporting social protection systems.

But the report, titled "Under Pressure: The Squeezed Middle Class," found that middle class incomes have barely grown, in both relative and absolute terms in most of the OECD countries.

Meanwhile, the cost of essential parts of the middle-class lifestyle have increased faster than inflation.

House prices have been growing three times faster than household median income over the last two decades, the report found.

Furthermore, they are at considerable risk of losing their livelihood to automation.

The report found one in six middle-income workers are in jobs that are at high risk of automation, compared to one in five low-income and one in ten high-income workers.

The OECD, which groups the world's weathiest countries, urged governments take a range of measures to support the middle class, in particular by tackling cost of living issues such as affordable housing and tax relief for home buyers.

It said boosting vocational education and training systems is needed to cope with changes in the labour markets and social insurance, and collective bargaining should be expanded to non-traditional workers, such as those working part-time or in temporary jobs, or are self-employed.