RABAT - A Swiss man living in Morocco was arrested in Marrakesh on Saturday (Dec 29), for alleged links to suspects in the recent murder of two female Scandinavian hikers, authorities said.

The man is "suspected of teaching some of those arrested in this case about communication tools involving new technology and of training them in marksmanship", Morocco's central office for judicial investigations said in a statement.

The counter-terror organ added he subscribed to "extremist ideology" and also has Spanish citizenship.

The ongoing investigation into the double murder uncovered the man was involved in the "recruitment of Moroccans and sub-Saharans to carry out terrorist plans in Morocco", the statement said.

The two women were beheaded, authorities have said. 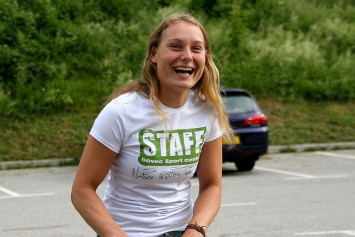 Ahead of Saturday's arrest, Moroccan authorities had previously arrested 18 people for alleged links to the murders.

The four main suspects were arrested in Marrakesh and belonged to a cell inspired by Islamic State in Iraq and Syria (ISIS) group ideology, Morocco's counter-terror chief Abdelhak Khiam told AFP this week.

But none of the four had contact with ISIS members in Syria or Iraq, he said.

The head of the suspected cell is 25-year-old street vendor Abdessamad Ejjoud, according to investigators.

He was identified in a video filmed a week before the double-murder, in which the four main suspects pledged allegiance to ISIS leader Abu Bakr al-Baghdadi, according to authorities.

The killings have shaken Norway, Denmark and Morocco. Another video circulated on social networks allegedly showed the murder of one of the tourists.

An attack in the North African state's financial capital Casablanca killed 33 people in 2003.