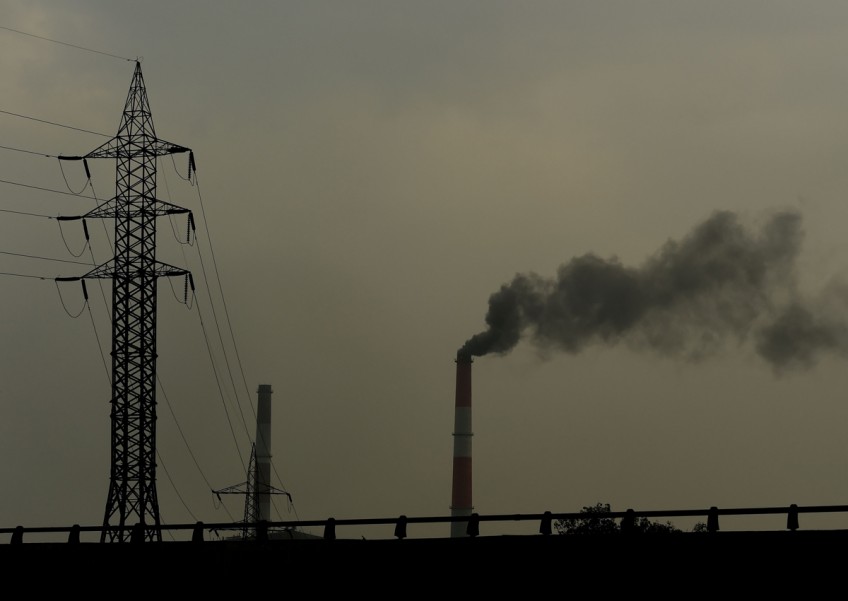 The shift of low-value, energy-hungry manufacturing from China and India to coal-powered economies with even lower wages could be bad news for the fight against climate change, researchers cautioned Monday.

As Asia's giants move up the globalisation food chain, many of the industries that helped propel their phenomenal growth -- textiles, apparel, basic electronics -- are moving to Vietnam, Indonesia and other nations investing heavily in a coal-powered future.

Since the start of the Industrial Revolution, global warming has been caused mainly by burning oil, gas and especially carbon-rich coal.

"This trend may seriously undermine international efforts to reduce global greenhouse gas emissions," said Dabo Guan, a professor of climate change economics at the University of East Anglia in Britain and co-author of a study in Nature Communications.

"The carbon intensity of the next phase of global economic development will determine whether ambitious climate targets such as stabilising at two degrees Celsius (3.6 degrees Fahrenheit) will be met," he told AFP.

The 196-nation Paris climate treaty, which goes into effect in 2020, calls for capping global warming at "well under" 2 C, and 1.5 C if possible.

Scientists have roughly calculated the amount of fossil fuels humanity can burn without exceeding those limits. On current trends, this "carbon budget" will be used up in a matter of decades and Earth will likely hot up another two or three degrees by century's end.

The study, led by Jing Meng at the University of Cambridge, details a "new phase of globalisation" in which trade between developing countries expanded three times faster from 2005 to 2015 than international trade as a whole, which grew by 50 per cent.

"The early-production stages of many industries have relocated from China and India to lower-wage economies, a trend that has accelerated since the global financial crisis of 2008."

The ability to reign in global warming, he warned, may depend on curbing the growth in coal-based energy in countries poised to take off by filling this link in the supply chain.

"The future of climate change mitigation is, to an important degree, in the hands of South-South co-operation," he said by phone.

The point is driven home by a second study showing that the planned expansion of coal-fired energy in Turkey, Indonesia, Vietnam and other 2nd-generation emerging economies could wipe out efforts in China and India to slow coal consumption.

Beijing and New Delhi have each cancelled more than 50 per cent of planned coal-fired power plants, yet global coal investment continues to soar.

New coal-fired power in Turkey and Vietnam, for example, would see their CO2 emissions from coal increase four and ten fold, respectively, from 2012 to 2030, according to the study, published in Environmental Research Letters.

Money earmarked for coal development in Egypt has increased eightfold since 2016, while it has nearly doubled in Pakistan.

"Although the costs of renewables have recently fallen, they still can't compete with cheap coal in many parts of the world," said co-author Jan Steckel, a researcher at the Mercator Research Institute on Global Commons and Climate Change in Berlin.