SYDNEY - Sydney and its surrounds need to slash immigration by half to counter worsening congestion in Australia's most populous state, politicians said on Wednesday (Oct 10).

The number of foreigners arriving in New South Wales annually had ballooned from about 45,000 in the early 2000s to nearly 100,000 today, said state premier Gladys Berejiklian - herself the daughter of Armenian migrants.

The figure accounts for more than half the total flow of people into Australia, she added.

"I'm saying, take a breather because the rates (of immigration) have gone through the roof," she told local media.

The population of the Sydney region has grown by around 25 per cent since 2011 to reach 5.4 million, out of a national population of 25 million. 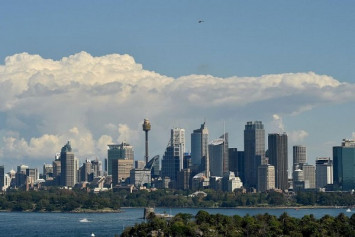 Berejiklian said a major drive to build new schools, hospitals and public transportation networks in Sydney had been unable to keep up with population growth.

Berejiklian's call came a day after the federal government, which controls immigration numbers, said it was drawing up plans to require foreign migrants to temporarily settle in rural and regional areas to ease congestion in big cities.

While much of Australia is sparsely populated, Sydney, Melbourne and greater Brisbane are among the fastest-growing urban areas in the world.

Congestion and infrastructure strain in these cities cost the Australian economy A$15 billion (S$14.7 billion) last year, with annual forecast losses of A$40 billion by 2030 if left unchecked, according to government estimates.

Immigration has long been a hot-button issue in Australia but has taken on a new prominence as the country heads towards national elections due before next May.

The conservative coalition government of Prime Minister Scott Morrison, which holds a bare one-seat parliamentary majority, has taken the lead in moves to reduce permanent immigration.

Nearly half of all Australians were either born overseas or have at least one parent born abroad.