Walmart and Target said they removed the toys from store shelves as soon as they were notified of the safety issues and the recall.

WASHINGTON - New York state authorities on Thursday (Dec 13) announced a lawsuit against retail giants Walmart and Target for selling Chinese-made toys that had up to 10 times the legal limit of lead.

The lawsuit seeks up to US$6,000 (S$8,225) in penalties for each of the thousands of Cra-Z-Jewelz jewellery kits the retailers and importer LaRose Industries sold from 2015 to 2016 before they were recalled.

"No parent should have to worry that their child's toy may be toxic. As we allege, these companies imported and sold toys with dangerous levels of toxic lead," New York Attorney General Barbara Underwood said in a statement.

She said the jewellery kits had parts that contained 120 to 980 parts per million of lead, exceeding the legal limit of 100 ppm.

LaRose Industries and Target imported the kits from China from August 2015 until April 2016. The toys also were sold by now bankrupt chains Kmart and Toys R Us.

The suit alleges that the companies violated multiple New York state laws, including those related to selling hazardous toys, as well as deceptive acts and false advertising.

Whether toys can become choking hazards depend largely on their design as well as the age - and behavioural development - of the child playing with them. 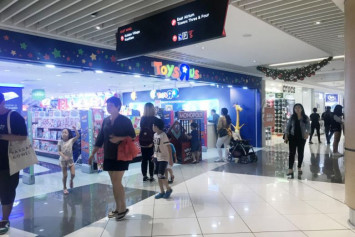 The retailers said they removed the toys from store shelves as soon as they were notified of the safety issues and the recall.

"We take our customers' safety seriously and require our suppliers to meet all safety standards," Walmart said in a statement to AFP.

Target, which pulled the product voluntarily, told AFP in a statement: "We're committed to providing high quality and safe products to our guests and we require all of our vendors to follow safety laws... for the products they sell at Target."

LaRose already adopted a number of measures to ensure imported toys do not contain dangerous amounts of lead.

Underwood said the suit seeks additional measures from the three companies including testing requirements, unannounced audits of manufacturers and tighter rules on sourcing of dangerous material.

Walmart shares lost ground after the lawsuit was announced, but recovered slightly to close with a decline of 0.2 per cent. Target's shares closed 1.7 per cent lower.