WARSAW - Five teenage girls killed by a fire in an "escape room" attraction in Poland might have survived if there had been a proper evacuation route, a senior firefighter said on Saturday.

In "escape rooms", participants are locked in a room and race against the clock to solve puzzles and challenges to open a way out.

The girls killed in Koszalin, in northern Poland, on Friday were taking part in a birthday treat. One other person was being treated for burns.

"The tragedy occurred primarily due to the lack of an effective evacuation route," said Leszek Suski, head of the state firefighting service, according to the PAP news agency. 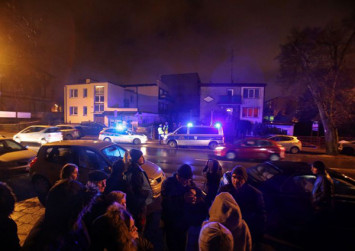 A local prosecutor told reporters the fire had probably been caused by an escape of gas near the heating system boiler.

PAP said scores of escape rooms across Poland would now be inspected for safety.

Escape rooms first became popular in Asia, and have spread across North America and Europe.