Assorted reef fish swim above a staghorn coral colony as it grows on the Great Barrier Reef off the coast of Cairns, Australia, October 25, 2019.

LONDON - Far beneath the ocean surface, a cacophony of industrial noise is disrupting marine animals' ability to mate, feed and even evade predators, scientists warn.

With rumbling ships, hammering oil drills and booming seismic survey blasts, humans have drastically altered the underwater soundscape - in some cases deafening or disorienting whales, dolphins and other marine mammals that rely on sound to navigate, researchers report in a metastudy published online on Thursday (Feb 4) and in the Friday edition of the journal Science that examines more than 500 research papers.

Even the cracking of glaciers calving into polar oceans and the rattle of rain falling on the water's surface can be heard deep under the sea, said lead author Carlos Duarte, a marine scientist at King Abdullah University of Science and Technology in Saudi Arabia.

"It's a chronic problem that certainly weakens the animals all the way from individuals to populations," Duarte said in an interview.

"This is a growing problem, one that is global in scope."

These noises and their impacts need more attention from scientists and policymakers, particularly the effects on sea turtles and other reptiles, seabirds, seals, walruses and plant-eating mammals such as manatees, the study says.

The international team of researchers called for a global regulatory framework for measuring and managing ocean noise.

Much of the human-caused noise should be easy to reduce, Duarte said. For example, measures such as building quieter ship propellers and hulls and using drilling techniques that do not cause bubbles and water vibrations could cut noise pollution in half, he said. Having the world use more renewable energy would lessen the need to drill for oil and gas.

The benefits to marine life could be dramatic, he said, noting a resurgence in marine activity during April 2020 when shipping noise, typically loudest near coastlines, died down as countries went into lockdown during the Covid-19 pandemic. 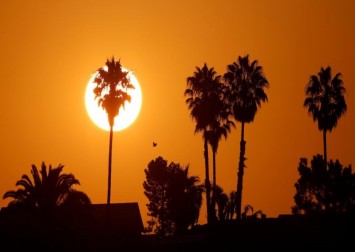 But humans have not only added noise to the ocean, they have also eliminated natural sounds, the study found.

Whaling in the 1900s, for example, removed millions of whales from the world's oceans - along with much of their whale song.

And the chirp and chatter around coral reefs is growing quieter as more corals die from ocean warming, acidification and pollution.

Climate change has also changed the soundscape in parts of the ocean that are warming by altering the mix of animals living there, along with the noises they make.

Oceanographer Kate Stafford at the University of Washington Applied Physics Laboratory praised the timing of the metastudy, as the United Nations calls on governments to set aside 30 per cent of the world's land and sea areas for conservation.

"The review makes it clear that, to actually reduce anthrophony (human noise) and aim for a well-managed future... we will need global cooperation among governments," Stafford said.