Only very old and sick die of Covid if vaccinated, Italian study shows

Doctor Francesco Tursi (left) along with colleague treat a patient suffering with the coronavirus disease (Covid-19) at the Codogno hospital, in Codogno, Italy on Feb 11, 2021.

MILAN - People vaccinated against Covid-19 are highly unlikely to die of the disease unless very old and already badly ill before getting it, a study in Italy showed on Wednesday (Oct 20).

The study by the national Health Institute (ISS), contained in a regular ISS report on Covid-19 deaths, shows the average age of people who died despite being vaccinated was 85. On average they had five underlying illnesses.

The average age of death among those not vaccinated was 78, with four pre-existing conditions.

Cases of heart problems, dementia and cancer were all found to be higher in the sample of deaths among those vaccinated.

The analysis, carried out from Feb 1 to Oct  5 this year, studied the medical records of 671 unvaccinated Covid-19 fatalities and 171 fully vaccinated ones.

There were 38,096 Covid-19 deaths in Italy during the period under review. 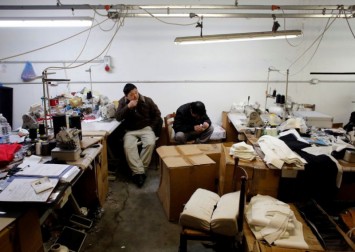 Among these, 33,620 were unvaccinated, 2,130 had received only a single-dose or were infected shortly after inoculation before antibodies had formed, and 1,440 were fully vaccinated.

Earlier this month Italy reached a target of fully vaccinating 80 per cent of its population over the age of 12, a threshold the government had indicated as offering a significant degree of safety from the virus.

Despite reaching this goal, from Oct 15 the government made Covid-19 health passes mandatory for all workers, in a test case for Europe.

The move has triggered sometimes violent protests in several cities, including the capital Rome.