Opposites attract: Wild and captive jaguars mate in Argentina to save species

A handout photo. Tania, a female jaguar brought up in a zoo, is seen in her enclosure at the Impenetrable National Park, in the Chaco Province, Argentina, Sept 23, 2020.

SANTIAGO/BUENOS AIRES  - Conservationists are taking an unorthodox approach to save jaguars from dying out in Argentina’s northern forests: matchmaking a captive female with a wild male.

The unusual courtship of Tania, brought up in a zoo, and Qaramta, meaning “The One Who Cannot Be Destroyed” in the regional Qom language, began last year around a specially constructed enclosure in the dense forests of Argentina’s Impenetrable National Park.

With jaguars all but wiped out from the area, conservationists were thrilled in late 2019 to detect a young male, first by a pawprint in a muddy river bed, then using camera traps.

Seeking a mate for him, they brought in Tania, who had produced cubs in a breeding programme in a neighbouring park after being donated by a local zoo.

Over nine months, the two jaguars got acquainted through the fence of her enclosure, their affectionate nuzzling and purring assuring handlers they would not fight. Once permits had been secured and Tania was in season, Qaramta was allowed into the enclosure for a face-to-face encounter.

Tania and Qaramta spent just under a week together bathing, sleeping and playing, watched by an anxious team of researchers.

“We could not fully verify that they mated because they went deep into the forest but we could see that they had a good time together,” Marisi Lopez, field coordinator for Rewilding Argentina, said in an interview. “There was no aggression and seemed to be a very good chemistry between them.”

Lopez’s rewilding group is a local partner of Tompkins Conservation, founded by the husband and wife team behind the North Face and Patagonia clothing brands which created the 320,000-acre Impenetrable National Park in 2014.

Since Qaramta’s release from the enclosure, he has returned to see Tania through the fence almost nightly and will be granted renewed access once she is in season again. Meanwhile, Tania is being monitoring for signs of pregnancy.

The breeding of captive and wild big cats is thought to be a world-first, although project leaders sought advice from colleagues who had success with Iberian Lynxes in Spain.

Rewilding Argentina has bred captive jaguars in nearby Ibera National Park, along with giant anteaters and bare-faced curassows.

“In zoos it’s not uncommon to have a female or male killed in these encounters,” he said. “In this case it looks like they’ve done their homework. Hopefully they now have a pregnant female who can be used for the next step.”

The plan may seem unorthodox but the traditional approach of protecting what remains is no longer enough given the extent of environmental degradation, said Sebastian di Martino, Rewilding Argentina’s conservation director.

“You have to go a step further and bring back what’s been lost. It’s a somewhat desperate move but there are really no other options. We do this or we lose the jaguar.”

In the worst case scenario, he said, Qaramta could be caught by hunters before he manages to impregnate Tania. 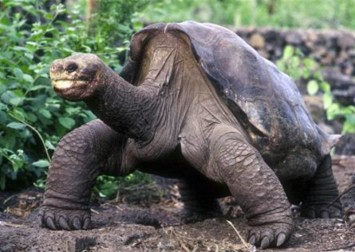 In the best, their couplings will produce cubs, making them progenitors in the bid to repopulate one of the Americas’ most iconic apex predators, and their offspring a potent symbol of the value of ambition in conservation.

The Americas’ largest feline, jaguars have lost over half their historical range from the southern United States to Argentina. Remaining populations in isolated pockets are unable to find mates.

When predators die out, Di Martino said, the populations of the herbivores they hunt surges, unbalancing ecosystems and damaging vegetation key to keeping carbon dioxide levels in check.

Predators also play an important role in weeding out sick animals, he added, slowing the spread of zoonotic diseases such as the coronavirus.