PARIS - Paris plans to regulate the use of electric scooters with fines for riding on the sidewalks, designated parking spots and an annual fee for the scooter operator companies.

Ahead of national legislation on electric scooters expected this year, the French capital's council voted to impose a 135 euro (S$205) fine for riding on the sidewalk and a 35 euro fine for blocking the sidewalk with parked scooters, the city said on its website. The city will also remove badly parked scooters.

The city council said that while it supported new forms of mobility that replace polluting vehicles, the growth in the use of stand-up electric scooters was putting pedestrians at risk, notably old people and infants, while anarchic parking hinders parents with prams and people in wheelchairs.

By year-end, the city will also create some 2,500 dedicated parking spaces for scooters - called trottinettes in French - and is considering making it compulsory for riders to use them. 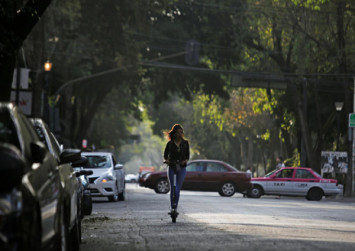 Nine companies - including California-based market leaders Lime and Bird - operate some 15,000 electric scooters Paris and the city estimates there could be 40,000 by year-end. Brands such as Bolt, Wind and Voi have also put hundreds of scooters on Paris roads.

The firms will have to pay an annual fee of at least 50 euros per scooters for the first 499 scooters, rising to 65 euros per scooter for companies operating more than 3,000, the city said.

In December, Madrid ordered Voi, Wind and Lime to remove their scooters from the streets, saying they had failed to comply with rules that determine which areas the scooters are allowed to operate in.