The heartbreaking photo of a girl hugging her boyfriend just before his life support was switched off has gone viral.

Blake Ward, 16, died after he got swept out to sea along with two other teenagers while on a family trip to Tywyn in west Wales on July 31.

He was rescued and flown to a Liverpool hospital but died on Saturday morning (Aug 11), after his family made the difficult decision to take him off the machine.

Today has been the hardest day for me and it will be a day I will never be able to forget 😭😭❤️ as some of you may know...

In a photo post on Facebook on Aug 4, his girlfriend Stephanie Ray, 15, wrote about her tragic loss: 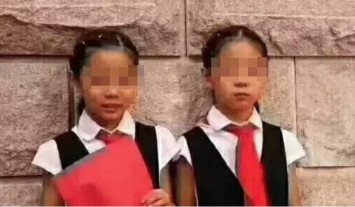 “I have been by his side through it all and I haven’t left him. As you all know Blake was a loving a caring person and would do anything for anyone. We was (sic) told yesterday that Blake would never recover and his brain was to damaged and we had to make the hard decision of turning his machine off and let him go. Blake was someone special to me and we had something special and we will always have that. Me and Blake had our ups and downs but we always got through them.

“But just know Blake wasn’t in any pain and he passed away with his family around him and he will forever be missed and he will always have a special place in my heart and I will never forget you Blake fly high my baby boy and I’m gonna make you proud love you and I always will," wrote Ray.

The photo, which shows Ray snuggled up beside Ward on his hospital bed with one of his arms placed around her, has been shared almost 700 times, with more than 1,000 commenters expressing their sorrow and condolences.

The condition of the other two boys who were also plucked from the sea remains unknown.

A GoFundMe page has been set up by both families for Ward's funeral, which has raised more than 11,000 pounds (S$19,333) so far. A fund-raising football match was also organised to raise funds for the avid Liverpool fan's farewell.

Could I ask all my friends with Instagram an Twitter to keep sharing, tagging Liverpool ect i know it would mean the...