Canny Premier League managers should be seeking to "manipulate" VAR technology to their advantage when it is introduced next season, according to analyst Rory Campbell.

VAR (the video assistant referee system) was largely deemed a success at last year's World Cup in Russia and is being used in many domestic leagues including Spain, Italy and Germany.

But England-based players have had a slow introduction to VAR, which has been used in the Champions League knockout phase and some FA Cup games this season but will be rolled out in the Premier League in the 2019/20 season.

Campbell, who has worked with West Ham in the area of technical analysis, said managers should take the time to find out how the technology will impact the game and how they can stay on top of changes.

"If I were a manager I would be putting in huge resources as to how we are actually going to manipulate VAR -- how we can understand how to use it to our benefit," Campbell said at last week's Betting on Football conference in London.

Campbell, owner of consultancy firm C&N Sporting Risk, said managers could learn a lot if they get to sit down with referees before the new season starts.

Read Also
Premier League set to use VAR from next season 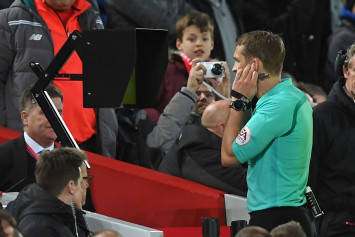 "The clubs presumably will be at the briefing for referees," said Campbell. "That would be the most important meeting for every EPL (English Premier League) manager to understand -- how each individual referee might handle VAR or be told how to handle it.

"VAR is bigger than anything they are doing at the moment.

"There is so much they can do to give themselves an edge over their rivals and manipulate a game. It sounds a bad word but there is a rule set and enough flexibility within them to exploit it."

Warren Llambias, managing director of RedZone.bet, a bookmaker specialising in American sports such as NFL, baseball and basketball, agrees with Campbell.

However, he concedes even after two decades of video assistance in the NFL, howlers can be made and says it can take teams four weeks at the start of a new season to get used to the tweaking of the system.

"Coaches that are very good at managing set-pieces and exploiting rule changes regarding discipline in the box will see an uplift in their teams and there will be opportunities there," said Llambias.

"Like in NFL, teams that are well-structured and well-organised will adapt the quickest. The best coaches will make it work to their advantage."

Llambias also said the introduction of VAR could erode perceived home advantage as pressure on referees will ease.

"He (the VAR referee) will not be in the middle of the pitch being called names by 50,000 people so home advantage may no longer count," said Llambias, who cited how in the NFL decisions are referred to an office in New York.

"He is not as influenced by the crowd as he is away from the boos and the cries so he can make a more informed decision based on information, not the emotion of the crowd."

There has been some frustration expressed by fans at the length of time it takes for VAR decisions to be made and Lee Richardson, CEO of Gaming Economics, said football could learn lessons from rugby.

"In rugby you know what you are waiting for, you are listening in, seeing re-runs. It adds to the drama," said Richardson. I feel football is handling it particularly badly."

Jeevan Jeyaratnam, head of compilation at Abelson Odds, said the different nature of the two sports made this tricky.

"Football is a hard game to do it for, rugby is more stop-start," he said. "But clearly there needs to be some indication in the stadium as to what issue is being considered."