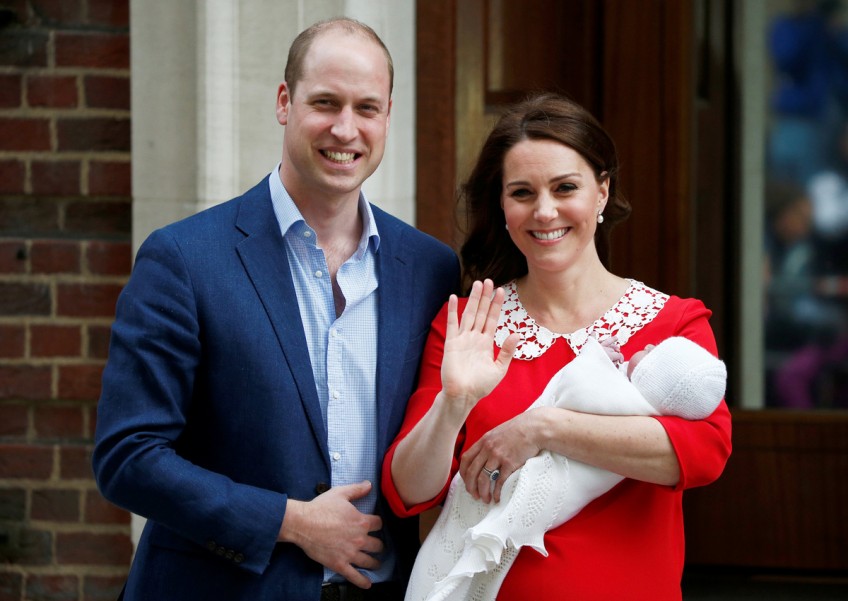 LONDON - Britain's Queen Elizabeth flew in by helicopter to London to meet Prince Louis, fifth-in-line to the British throne and the latest member of Britain's royal family.

Prince Louis, the third child of Prince William and his wife Kate, was born on April 23.

On Tuesday, the queen, 92, arrived at Kensington Palace, William and Kate's London home, from Windsor Castle to the west of London, where her 96-year-old husband is recuperating after a hip operation.