The rodent was captured on video running across the counter-top of the outlet at Westfield Sydney shopping mall in Pitt Street.

Australian customers of popular restaurant chain Din Tai Fung were left rattled after spotting a big rat scurrying across the kitchen in a Sydney outlet.

The rodent was captured on video running across the counter-top of the outlet at Westfield Sydney shopping mall in Pitt Street, local media reports said.

In the viral video, a man's voice could be heard saying: "You don't see the rat?"

It is not clear when the footage was taken, but it surfaced online on Thursday (Jan 31). 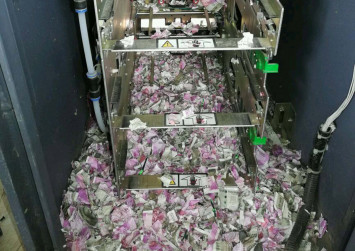 Local media reports said that the Taiwanese chain has since voluntarily closed the affected outlet.

The Sydney Morning Herald, quoting a City of Sydney spokesman, said on Friday that the city's central business district has noted a recent rise in rat sightings due to an "unprecedented number of major demolition and construction works".

In a statement to 9 News Australia, Din Tai Fung said that it takes the incident very seriously and has since activated pest control specialists to inspect and disinfect the premises.

Din Tai Fung added that it is conducting thorough investigations into the incident and told customers that "we can do even better".

According to The Sydney Morning Herald, an environmental health officer had inspected the restaurant on Thursday.

The restaurant was issued a prohibition order on its business, which means that it can reopen only following a satisfactory inspection.

Din Tai Fung was founded in 1958 and started off as a cooking oil retail business before it was reborn in 1972 as a restaurant selling noodles and soup dumplings.

It is famous for its xiao long bao, or steamed pork dumplings.

Over the years, it has made a mark in cities across South-east Asia, East Asia, the United States and United Arab Emirates. It has 22 outlets in Singapore.