News conference to issue an appeal to the UN on the disappearance of Saudi journalist Jamal Khashoggi at the United Nations in New York.

DUBAI - Saudi Arabia faced a growing chorus of incredulity Sunday over its belated explanation of how critic Jamal Khashoggi died inside its Istanbul consulate, as world powers demanded answers and the whereabouts of his body.

After a fortnight of denials, Saudi authorities admitted on Saturday that the Washington Post columnist was killed after entering the consulate on October 2, a disappearance that sparked outrage and plunged the Gulf kingdom into a spiralling international crisis.

Turkish officials have accused Riyadh of carrying out a state-sponsored killing and dismembering the body, with pro-government media in Turkey reporting the existence of video and audio evidence to back those claims.

Police have searched a forest in Istanbul where they believe his body may have been disposed of.

After initially saying Khashoggi left the consulate unharmed, and then that they were investigating his disappearance, Saudi authorities backtracked and admitted the 60-year-old was killed in a "brawl" with officials inside the consulate. 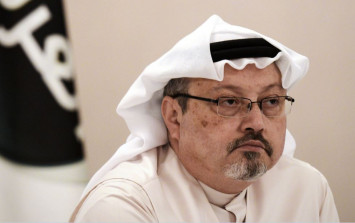 But that narrative - combined with the absence of Khashoggi's body - quickly drew scepticism and scorn from many, including staunch allies.

Ankara vowed to reveal all the details of a two-week inquiry as US President Donald Trump said he was unsatisfied with Saudi Arabia's response to the columnist's death while the EU, Germany, France, Britain, Australia, Canada and the UN also demanded greater clarity.

The controversy has put the kingdom - for decades a key ally in Western efforts to contain Iran - under unprecedented pressure.

It has also evolved into a major crisis for Crown Prince Mohammed bin Salman, a Trump administration favourite widely known as MBS, whose image as a modernising Arab reformer has been gravely undermined.

Canada is among the latest countries to question Riyadh's version of events.

"Saudi Arabia's changing stories on #KhashoggiMurder is getting old. The latest one about a fist fight gone bad is bizarre," he tweeted, renewing his call for sanctions against those responsible.

Ankara said it had a "debt of honour" to reveal what happened.

"We are not accusing anyone in advance but we don't accept anything to remain covered (up)," said ruling Justice and Development Party spokesman Omer Celik.

French Foreign Minister Jean-Yves Le Drian said many questions remained unanswered while German Chancellor Angela Merkel urged transparency, adding that "available reports on what happened in the Istanbul consulate are insufficient." "This cannot stand. This will not do," Australian Prime Minister Scott Morrison added on Sunday.

The EU's top diplomat Federica Mogherini and UN chief Antonio Guterres both called for a proper investigation and for the perpetrators to be held to account.

Trump initially said he found the explanation credible, but later expressed more scepticism - although he warned against scrapping a multibillion-dollar arms deal with the conservative kingdom.

"No, I am not satisfied until we find the answer," he told reporters. "It was a big first step. It was a good first step. But I want to get to the answer." Saudi Arabia's Gulf ally, the United Arab Emirates, welcomed the Saudi disclosures, as did Egypt.

In the Saturday admission, Saudi Attorney General Sheikh Saud al-Mojeb also announced a series of moves including against people linked to the crown prince, who Khashoggi had criticised in his writings.

He said 18 Saudis had been arrested and two top aides of Crown Prince Mohammed had been sacked, together with three other intelligence agents. 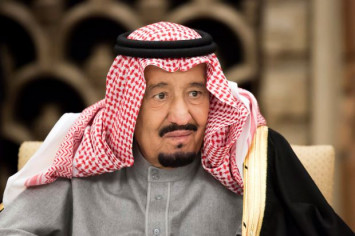 The Saudi king also ordered the establishment of a ministerial body under the chairmanship of the crown prince - his son - to restructure the kingdom's intelligence agency and "define its powers precisely," Saudi state media said.

Saudi officials have roundly denied that the crown prince had any involvement in the affair.

But one suspect identified by Turkey was said to be a frequent companion of the young heir to the throne, three others were linked to his security detail and a fifth is a high-level forensic specialist, according to The New York Times.

The decision to overhaul the intelligence apparatus and sack members of Crown Prince Mohammed's inner circle is designed to "distance the crown prince from the murder," said analysis firm Eurasia Group.

In a recent off-the-record interview published posthumously by US magazine Newsweek, Khashoggi described the 33-year-old heir apparent as "an old-fashioned tribal leader," but said he would have accepted an offer to work as his adviser.